Initially, the ECB had said that after being "unable to field a team", India "forfeit the match", but soon issued a fresh statement, dropping the forfeiture reference. 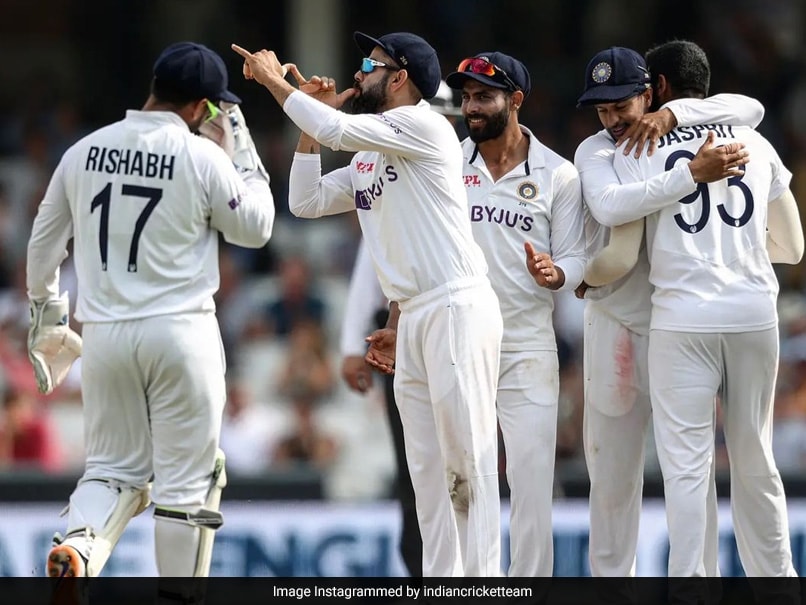 The fifth Test between India and England has been cancelled.© Instagram

The England and Wales Cricket Board on Friday announced that the fifth Test between India and England, due to start in Manchester today, had been cancelled. Initially, the ECB had put out a statement saying that after being "unable to to field a team", India "forfeit the match". However, the England board soon issued a fresh statement, dropping the reference to India forfeiting the fifth and final Test.

"Due to fears of a further increase in the number of COVID cases inside the camp, India are regrettably unable to field a team and will instead forfeit the match," ECB's first statement read. 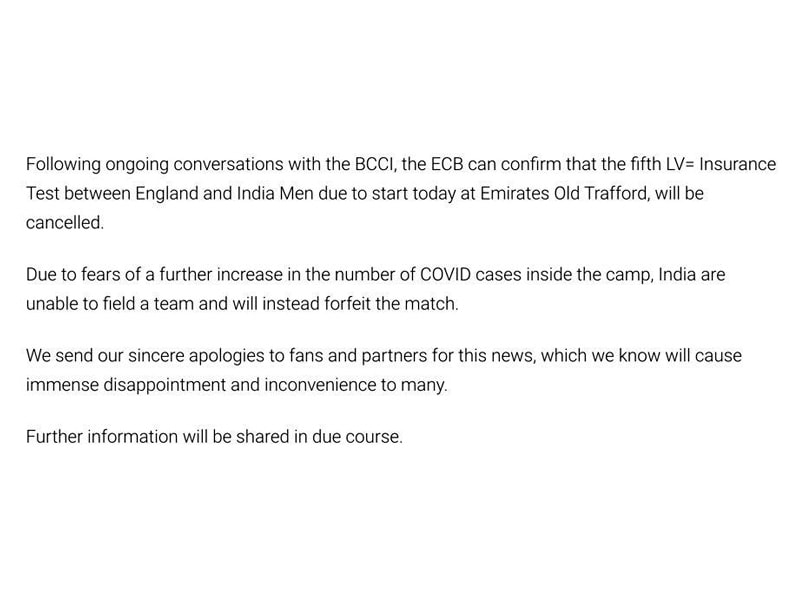 Soon, though, a fresh statement appeared on ECB's website from which the part mentioning India's forfeiture had been removed.

"Following ongoing conversations with the BCCI, the ECB can confirm that the fifth LV= Insurance Test between England and India Men due to start today at Emirates Old Trafford, will be cancelled. Due to fears of a further increase in the number of COVID cases inside the camp, India are regrettably unable to field a team," read the new ECB statement.

The Indian board too released a statement, saying that it had offered to reschedule the cancelled Test.

"The BCCI and ECB held several rounds of discussion to find a way to play the Test Match, however, the outbreak of Covid-19 in the Indian team contingent forced the decision of calling off the Old Trafford Test Match," the Indian board said.

"In lieu of the strong relationship between BCCI and ECB, the BCCI has offered to ECB a rescheduling of the cancelled Test match. Both the Boards will work towards finding a window to reschedule this Test match."

On Thursday, another member of Team India's support staff tested positive for COVID-19 but after all the Indian players tested negative, the match was expected to go ahead as scheduled.

England Cricket Team England vs India, 2021 BCCI England vs India, 5th Test Cricket
Get the latest updates on ICC T20 Worldcup 2022 and CWG 2022 check out the Schedule, Live Score and Medals Tally. Like us on Facebook or follow us on Twitter for more sports updates. You can also download the NDTV Cricket app for Android or iOS.