Virat Kohli has been in great form in the ongoing Test series vs England. 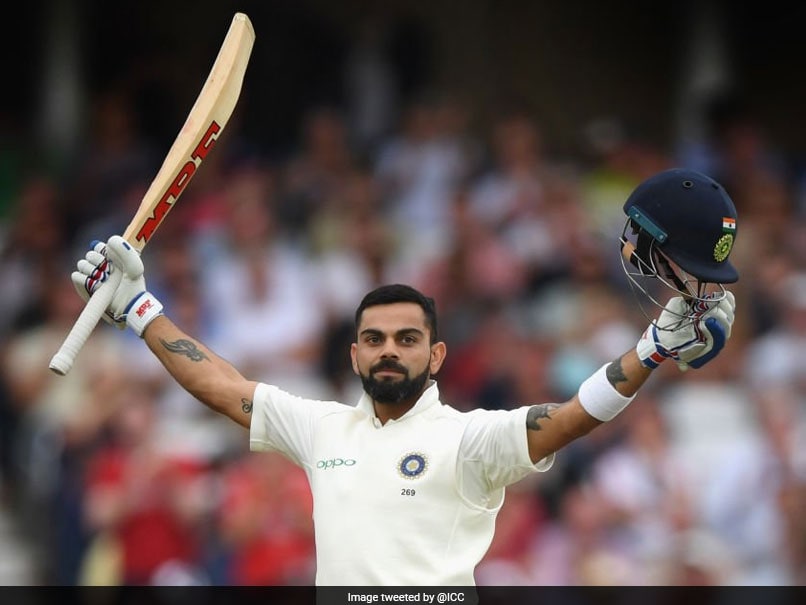 The Nottingham Test was a personal triumph for Virat Kohli.© Twitter

Team India skipper Virat Kohli regained the top position in ICC Test Rankings for batsmen on Thursday following his team's win the third Test of the five-match series against England at Trent Bridge. The 29-year old scored 97 runs in the first innings and followed it up with his 23rd Test ton in the second outing as India won by 203 runs in Nottingham. Virat Kohli, who was declared the Player of the Match for his Herculean effort, accumulated 937 rating points, a career-best for him, to become the current No.1 Test batsman in the world according to the latest ICC Rankings.

Two weeks ago, Kohli had claimed the numero uno spot for the first time in his career, after he scored a hard-fought 149 in a losing cause at Edgbaston. However, after registering scores of 23 and 17 in the second Test at Lord's, Kohli ended up conceding the top spot to banned former Australian skipper Steve Smith.

As of now, Kohli is just one point away from breaking into the top ten position on all-time points list which features Donald Bradman (961 points), Steve Smith (947), Len Hutton (945), Jack Hobbs and Ricky Ponting (both on 942), Peter May (941), and Gary Sobers, Clyde Walcott, Vivian Richards and Kumar Sangakkara (all on 938 points).

The Nottingham Test was a personal triumph for Kohli as he also became the first captain to score 200 or more runs in a winning cause seven times leaving behind Australian greats Bradman and Ponting, who had achieved the feat six times each.

The other biggest gainer in the latest rankings is Hardik Pandya, who impressed with his maiden five-wicket haul in the third Test and scored a half-century in the second innings. The 24-year-old gained 27 points in all-rounders' list to reach 17th position in the rankings.

Virat Kohli England vs India, 2018 Cricket England vs India, 3rd Test
Get the latest updates on IND vs NZ 2021, check out the Schedule and Live Score . Like us on Facebook or follow us on Twitter for more sports updates. You can also download the NDTV Cricket app for Android or iOS.