India vs England: Virat Kohli's Passion, Ability And Ethics Are Second To None, Says Ravi Shastri

Virat Kohli scored 200 runs in the Nottingham Test that India won by 203 runs. 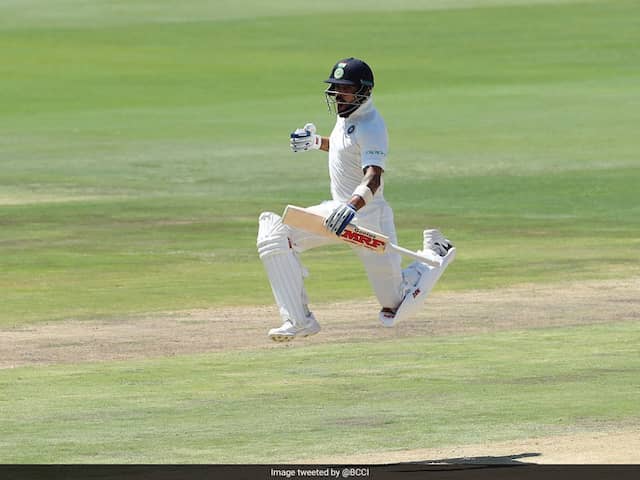 The Nottingham Test was a personal triumph for Virat Kohli.© Twitter

Team India head coach Ravi Shastri hailed Virat Kohli, likening the 29-year-old to Sachin Tendulkar, for his hunger and ability to visualise match situations after the visitor's 203-run win against England in the third Test of the five-match series at Trent Bridge on Wednesday. "He is very passionate about the game. He loves batting, he loves to do the hard yards. His work ethics are second to none," Shastri said after India's comprehensive win. "I haven't seen any cricketer, I'll put Tendulkar in it as well, in the way he visualizes situations. I promise you, he will forget these two innings now and take guard again as if he hasn't scored a run in the series."

The Nottingham Test was a personal triumph for Kohli, who scored 103 in his side's second innings 352 for seven declared following his first-innings 97.

Other than Kohli sustaining his batting form, Ajinkya Rahane and Cheteshwar Pujara were also quite instrumental in India's win in Nottingham. Five-wicket hauls from Hardik Pandya and Jasprit Bumrah also helped set up India's clinical performance.

"You can't ask for more. What we demanded from the boys, was accountability. We knew we were close to beating England, despite the results, despite being 0-2 down. I said at the press conference that there wasn't a negative bone in the team and I mean it. We came out here to win this Test match, it's about applying yourself. It's about executing your plans in the best possible method and they did it magnificently. As a batting unit, bowling unit and more importantly, as a catching unit," Shastri added.

"This is the best fast bowling group by a mile. If you look, the two potent fast bowlers for English conditions were Bhuvneshwar and Bumrah, they didn't play in the ODIs at all and in the first couple of Tests, yet to play together. Then you have Ishant and Shami bowling beautifully with Umesh waiting in the wings..."

Shastri also expressed his desire to build on the win and make the conscious push to make India the best travelling side in the world.

However, the top-ranked Test team have won just two Tests outside Asia in 2018.

"It's a conscious effort from this side to be the best travelling side in the world. Not just at home. We know we thrash oppositions at home. They don't stand a chance, especially when we prepare spinning tracks. We want to win away from home. I think this side can be the best travelling side in the world. We have won a Test match, not yet won the series but we there are two Test matches to go. We'll be thinking in that fashion," he said.

Virat Kohli Ravi Shastri Trent Bridge, Nottingham England vs India, 2018 Cricket England vs India, 3rd Test
Get the latest updates on IPL 2020, check out the IPL Schedule for 2020 and Indian Premier League (IPL) Cricket live score . Like us on Facebook or follow us on Twitter for more sports updates. You can also download the NDTV Cricket app for Android or iOS.