Rohit Sharma slammed an unbeaten 100 of 56 balls to single-handedly take India to a 2-1 series win. 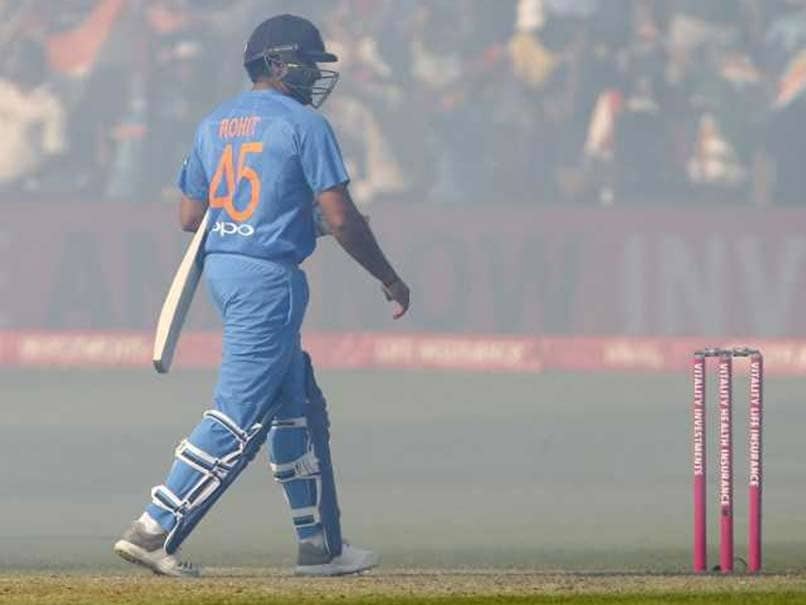 Rohit Sharma in action against England in Bristol on Sunday.© AFP

India team on Sunday registered their sixth consecutive Twenty20 International series win, defeating England by 7 wickets in Bristol. With the 3-match series levelled at 1-1, the swashbuckling Rohit Sharma came to the fore, smashing an unbeaten 100 off 56 balls to single-handedly take India to a 2-1 series win. Rohit's knock came in a crucial point as India were chasing a steep total of 199. He whacked 11 boundaries and five monstrous sixes during his blistering knock. In the due course of his emphatic inning, 'Hitman' also shattered several records.

Rohit slammed his third century in the shortest format of the game, equaling New Zealand's Colin Munro, who also has three hundreds to his name in the T20I format. Rohit is the first Indian to achieve this incredible feat.

Rohit became the second Indian men's cricketer, next only to Virat Kohli, and the fifth batsmen overall to score more than 2000 runs in T20 Internationals.

The 31-year-old Rohit Sharma now has five T20 hundreds, most by any Asian batsmen. Jamaican opener Chris Gayle leads the chart with 21 centuries.

Rohit is now the only batsman to have scored three hundreds in all three formats of the game.

With the T20I series in the pocket, India will now look forward to win the 3-match ODI series, starting on July 12 at Trent Bridge in Nottingham. The chief architect of Sunday's win, Rohit Sharma will look to carry his sublime touch when Virat Kohli-led India take on the number one ODI side.