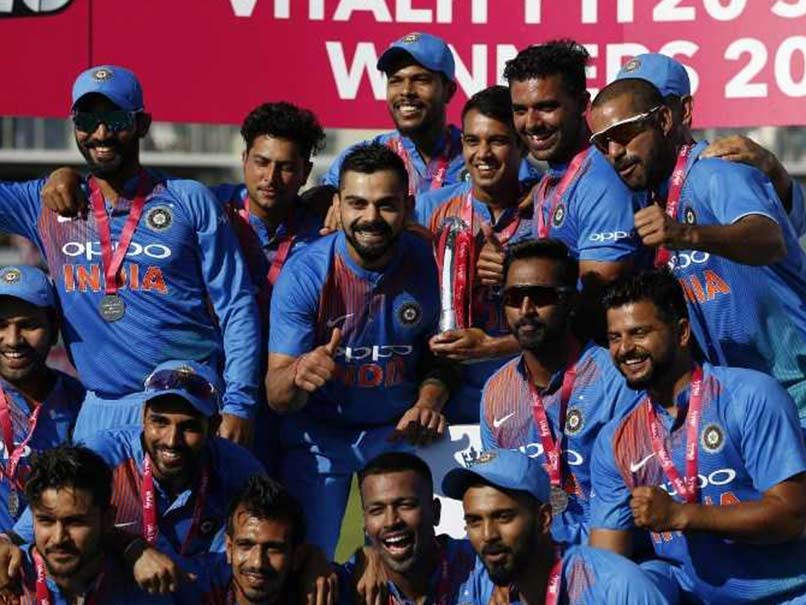 Rohit Sharma's unbeaten century and Hardik Pandya's four-wicket haul helped India beat England by seven wickets at the County Ground in Bristolon Sunday to clinch the three-match T20I series 2-1. Put in to bat by Virat Kohli, England posted a mammoth 198/9 in their allotted 20 overs. In reply, India chased down the target in just 18.4 overs. Halfway through the innings, India batting legend Sachin Tendulkar predicted that India will chase the target in 19 overs. Courtesy the blistering century from Rohit Sharma, Team India indeed romped home the 19th over. Just after India's series win, Tendulkar took to Twitter and heaped praise on Rohit Sharma and also thanked him for making his prediction right.

This innings was a pure joy to watch. Hope this form translates to the ODIs. (Thanks for helping my 19th over prediction come true!)," Tendulkar's tweet read.

Such clean hitting by @ImRo45!!
This innings was a pure joy to watch. Hope this form translates to the ODIs. (Thanks for helping my 19th over prediction come true! ??) pic.twitter.com/xZnyAFm1Sj

I feel India will wrap up the match before the 19th over. Do you all agree? #ENGvIND

Chasing 199 for victory, Rohit remained not out on 100 off 56 balls, and including 11 fours and five sixes. This was the right-hander's third century in the game's shortest format, making him just the second player to make three tons.

India will now take on England in the three-match One-Day International series, starting July 12 in Nottingham.

Virat Kohli
Get the latest updates on IND vs NZ 2021, check out the Schedule and Live Score . Like us on Facebook or follow us on Twitter for more sports updates. You can also download the NDTV Cricket app for Android or iOS.