Jos Buttler was the highest scorer (69 off 46 balls) for England in the 1st T20I against India. 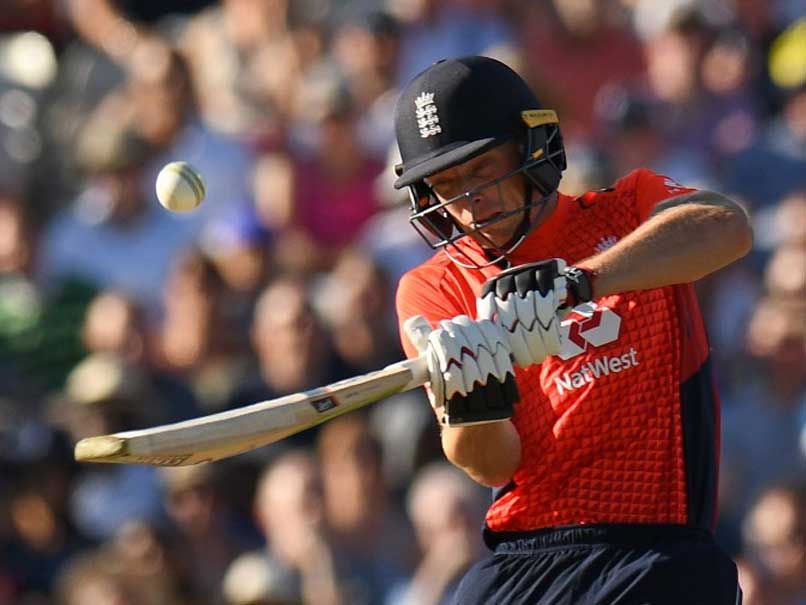 India outclassed hosts England by eight wickets in the first T20I at Old Trafford in Manchester. Barring the first five overs of the game in which England scored 50 for no loss, the match looked almost one-sided as Kuldeep Yadav's five for 24 and KL Rahul's scintillating unbeaten 101 off 54 balls stole the show. Speaking on the loss and preparations for the next game, Jos Buttler said that the hosts were not delving too much on the loss and looking to come back hard at Virat Kohli's team in second game of the three-match T20I series.

"It's one game. It's T20. We are confident. We will stick to what has served us well, stay true to ourselves and come back hard at them in the next game." Jos Buttler was quoted as saying by icc-cricket.com.

As soon as Buttler started opening for Rajasthan Royals mid-way through IPL 2018, the 27-year-old found a completely new dimension to his game. The explosive right-hander since then has been England's go to man at the top.

Buttler once again was the highest run-scorer (69 off 46 balls) for England in the 1st T20I. Ahead of the second encounter against India on Friday in Cardiff, the Englishman opened up on his recent change in the batting order.

Speaking on his new batting position at which he is churning out incredible numbers Buttler said, "It's a fantastic place to bat. It's been another good challenge for me in my career and refreshing. Whether that's me opening forever, I don't know, I'd hope to retain the flexibility. But I do think it's the best place to bat. But it comes down to the make-up of the team."

Buttler was also in red-hot form against Australia in the 5-match ODI series where he scored one century and 2 two fifties at the top of the order.

Lokesh Rahul Kuldeep Yadav England vs India, 2018 England vs India, 2nd T20I Sophia Gardens, Cardiff
Get the latest updates on ICC T20 Worldcup 2022 and CWG 2022 check out the Schedule, Live Score and Medals Tally. Like us on Facebook or follow us on Twitter for more sports updates. You can also download the NDTV Cricket app for Android or iOS.