Root got to the landmark in five years and 231 days of his Test career, surpassing former England captain Alastair Cook's mark of five years and 339 days. 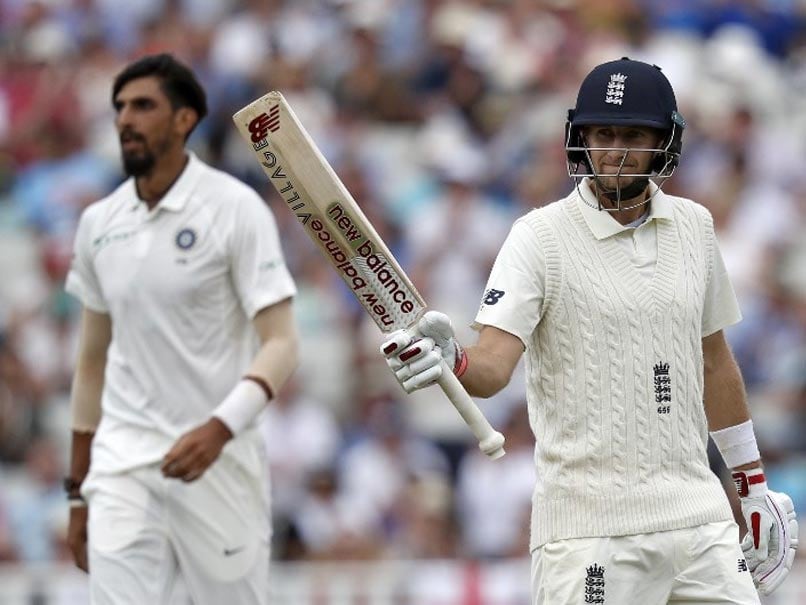 Joe Root has made 10 Test fifties since he last scored a Test ton.© AFP

England skipper Joe Root became the fastest batsman to 6,000 Test runs in terms of time from his debut when he reached the landmark on the first day of the first Test against India at Edgbaston in Birmingham on Wednesday. A streaky four off-spinner Ravichandran Ashwin saw the 27-year-old Root, in his 127th Test innings, to the 40 runs he had needed to reach 6,000. Root got to the landmark in five years and 231 days of his Test career, surpassing former England captain Alastair Cook's mark of five years and 339 days.

It is perhaps unsurprising that two England batsmen are at the top of this list given how much Test cricket their side plays, with Wednesday's match their 1,000th fixture at this level.

To put Root's achievement into perspective, Donald Bradman remains the quickest batsman to 6,000 Test runs in terms of innings, the Australia great needing just 68 knocks to achieve the feat.

Yet such were the infrequency of Test matches, then played by far fewer countries, it took Bradman more than 19 years to appear in the 45 Tests that yielded those 68 innings.

England suffered an early setback after Root won the toss on a typically good Edgbaston pitch and opted to bat.

Off-spinner Ravichandran Ashwin, brought on as soon as the seventh over by India captain Virat Kohli, struck with his 11th delivery.

From round the wicket, he bowled Alastair Cook - England's all-time leading Test run-scorer - for 13 with an excellent ball that pitched on middle and hit the top of off stump.

Just prior to Cook's dismissal, fellow left-handed opener Jennings was dropped on nine off the bowling of Ishant Sharma when Ajinkya Rahane, diving across from fourth slip, failed to hold a tough chance.

Root, who has made 10 Test fifties since he last scored a century at this level, then took advantage of several loose deliveries.

Eventually, he failed to convert yet another fifty into a hundred as he was dismissed run out by Indian skipper Virat Kohli on 80 off 156.

Joe Root Edgbaston, Birmingham England vs India, 2018 Cricket England vs India, 1st Test
Get the latest updates on IPL 2021, check out the IPL 2021 Schedule and Indian Premier League Live Score . Like us on Facebook or follow us on Twitter for more sports updates. You can also download the NDTV Cricket app for Android or iOS.