Ishant Sharma has been the pick of the Indian bowlers with 18 wickets to his name, behind only England fast bowler James Anderson, who has taken 21 wickets in the series so far. 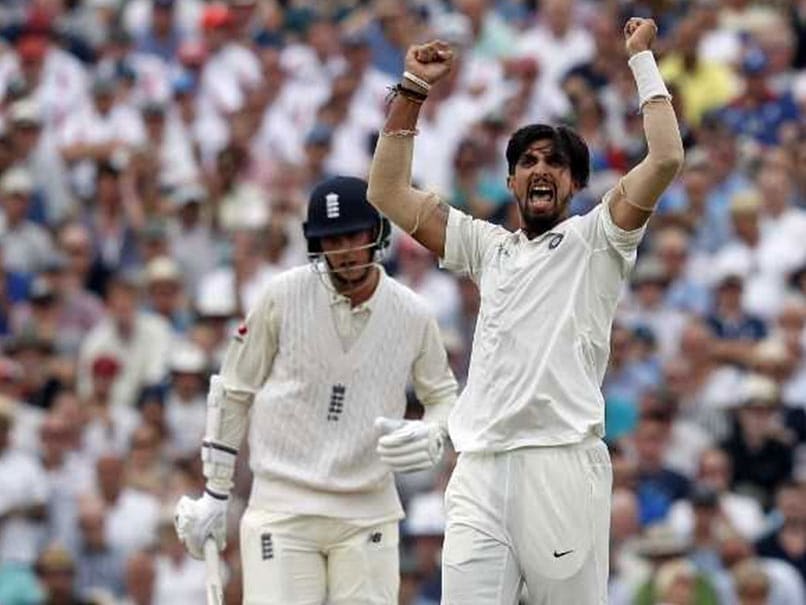 Ishant Sharma has taken a total of 43 Test wickets in England so far, as many as Kapil Dev.© AFP

Ishant Sharma has been the standout performer for India with the ball in the ongoing five-match Test series against England. The lanky pacer has been the pick of the Indian bowlers with 18 wickets to his name, behind only England fast bowler James Anderson, who has taken 21 wickets in the series so far. Ishant was once again in the thick of things in the fifth and final Test at The Oval, taking three wickets in England's first innings that put him in elite company. Thanks to his exploits in the first innings, Ishant equalled Kapil Dev's record for the most number of wickets taken by an Indian bowler in Tests played in England.

Kapil Dev took a total of 43 Test wickets in England in 13 matches (22 innings) with the 5/125 being his best figures in an inning. Ishant, courtesy his three wickets in the first innings, joined Kapil Dev at the top by taking his tally to 43 wickets in Tests played in England.

Ishant reached the landmark in his 12th Test (18 innings) and will have a chance of overtaking the legendary all-rounder in England's second innings at The Oval.

Anil Kumble is third in the list with 36 wickets in 10 matches (19 innings) while Bishan Singh Bedi is fourth with 35 wickets in 12 Tests in England (18 innings).

Incidentally, Ishant's strike rate of 60.2 is the second best among the top 10 bowlers in the list, bettered only by fellow pacer Bhuvneshwar Kumar, who has taken 19 wickets in 5 Tests in England (7 innings) at a strike rate of 54.5.

Bhuvneshwar Kumar missed out on the chance to add to his tally in England, having sat out the entire five-match Test series due to a lower back injury.

All of Bhuvneshwar's 19 wickets came in India's 2014 tour of England, which is the joint-highest by an Indian in a single series in England.

Bhuvneshwar shares the top spot with Zaheer Khan, who scalped 19 wickets in the three-Test series in England in 2007.

Ishant will have an opportunity to break that record as well, if he takes two or more wickets in the second innings of the fifth and final Test.

Bhuvneshwar Kumar England vs India, 2018 England vs India, 5th Test Cricket
Get the latest updates on ICC Women's Cricket World Cup 2022 and IPL 2022, check out the Schedule , Live Score and IPL Points Table. Like us on Facebook or follow us on Twitter for more sports updates. You can also download the NDTV Cricket app for Android or iOS.