To honour the coach, who led England to their best World Cup performance since 1990, a London Undergroud station was named 'Gareth Southgate' for 48 hours. 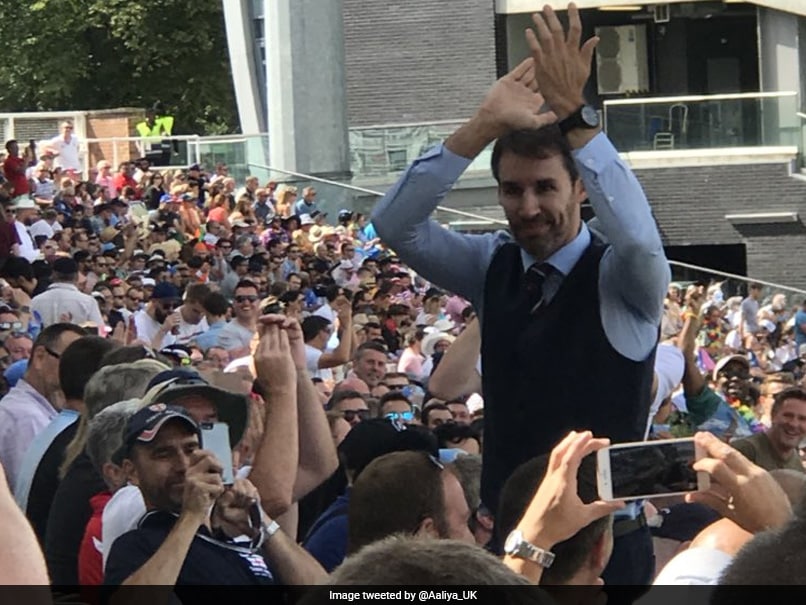 Southgate became a national hero after he led England to the semi-final of FIFA World Cup.© Twitter

England football manager Gareth Southgate stole the nation's hearts with the Three Lions' performance at the FIFA World Cup 2018 Russia. On Saturday morning, a waistcoated Southgate was spotted in Edgbaston stands cheering for the home team. It is a well-known fact that Birmingham crowd loves to dress up when they step out to watch cricket. The Southgate lookalike, who was also present during the recently concluded football extravaganza, led the celebrations of the English fan group 'Barmy Army' as Joe Root's unit beat India by 31 runs in the first Test to take a 1-0 lead in the five-match series.

Gareth Southgate has joined us at Edgbaston ?pic.twitter.com/rsbG0ybdVm

Southgate became a national hero after he led the Three Lions to the semi-final of the quadrennial showpiece event. According to several media reports, he will be offered a new contract with a significant pay rise to continue as England manager.

Moreover, Southgate has also been shortlisted for The Best FIFA Men's Coach of 2018 along with Pep Guardiola and Jurgen Klopp.

To honour the coach, who led England to their best World Cup performance since 1990, a London Undergroud station was named 'Gareth Southgate' for 48 hours.

As far as cricket is concerned, Ben Stokes took three wickets on Saturday, including the prized scalp of Indian skipper Virat Kohli, to help England win the Edgbaston thriller by 31 runs.

India were 141/6, needing 53 more runs to win, when paceman Stokes had Kohli LBW for 51 with just his third ball of the day.

All-rounder Sam Curran was named Man-of-the-Match after starring with both bat and ball in England's 1,000th Test.

The second Test of the series will be played at the iconic Lord's Cricket Ground starting August 9.

England Cricket Team England vs India, 2018 Cricket England vs India, 1st Test
Get the latest updates on ICC Women's Cricket World Cup 2022 and IPL 2022, check out the Schedule , Live Score and IPL Points Table. Like us on Facebook or follow us on Twitter for more sports updates. You can also download the NDTV Cricket app for Android or iOS.