Joe Root said that the thrilling opening Test against India at the Edgbaston Cricket Ground was a great advertisement for cricket's traditional format. 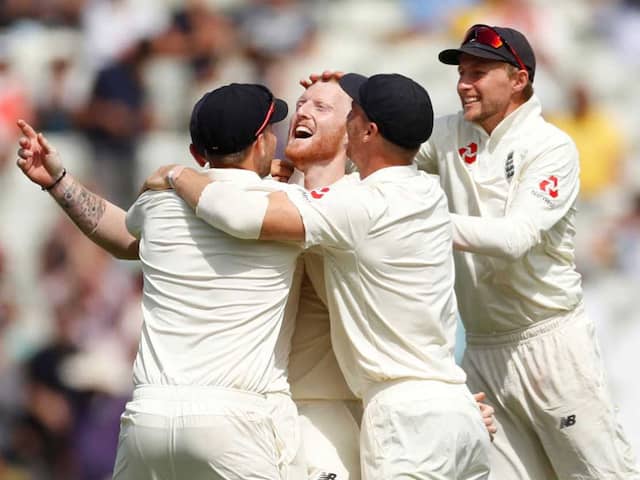 Joe Root celebrates with teammates after winning the 1st Test against India at Edgbaston.© Reuters

England cricket captain Joe Root on Saturday said that the thrilling opening Test against India at the Edgbaston Cricket Ground was a great advertisement for cricket's traditional format and urged the cynics to watch the game on replay. The Edgbaston Test marked England's victory in their 1000th Test match as they beat India by 31 runs to take a 1-0 lead in the five-match series. Talking about how great the match was, Joe Root said, "Fabulous advert for the game of cricket, isn't it? Anyone that says it's dead can just come and watch this on repeat. What a game."

"This morning we spoke about showing the belief and desire that we had done in the previous three days. If we stayed calm and trusted all the previous areas we'd been bowling then we'd get our rewards.

"I think we did just that so I'm really proud of the group. It sets the series up nicely and looking forward to Lord's now," Root further added.

Like Ravichandran Ashwin in the opposite camp, the English skipper too defended his batsmen, saying that the conditions were suited to pacers in the game and that both bowling attacks exploited them well.

"We knew wickets were going to be quite crucial. But the way that this Test match had gone to that point, it always seemed that if you took one wicket you were going to get two or three.

"We always felt like we were in the game and the ball swung throughout. Credit to both bowling sides actually, India's attack and obviously ours. We exploited that really well, made it very difficult for all the batsmen on that surface."

Root lauded the players for showing determination in tough situations.

"Wherever you play in close games like this, you desperately want to be on the right side of it for so many reasons. But one thing that really stands out for me is that inner drive and determination from this group of players.

"We've got a few things wrong within this game but we've kept that belief, we've kept that confidence within one another and I think that's a big part of Test cricket. That gives us a great amount of confidence going into the rest of the series as well," he added.

The second Test between India and England will be played at the Lord's, beginning August 9.

Joe Root England vs India, 2018 Cricket
Get the latest Cricket news, check out the India cricket schedule, Cricket live score . Like us on Facebook or follow us on Twitter for more sports updates. You can also download the NDTV Cricket app for Android or iOS.