Ben Stokes 'Could Have Killed Me': Cleared Defendant

Ben Stokes was in Bristol Crown Court for the fourth day of the trial for alleged affray in the southwest English city on September 25 last year. 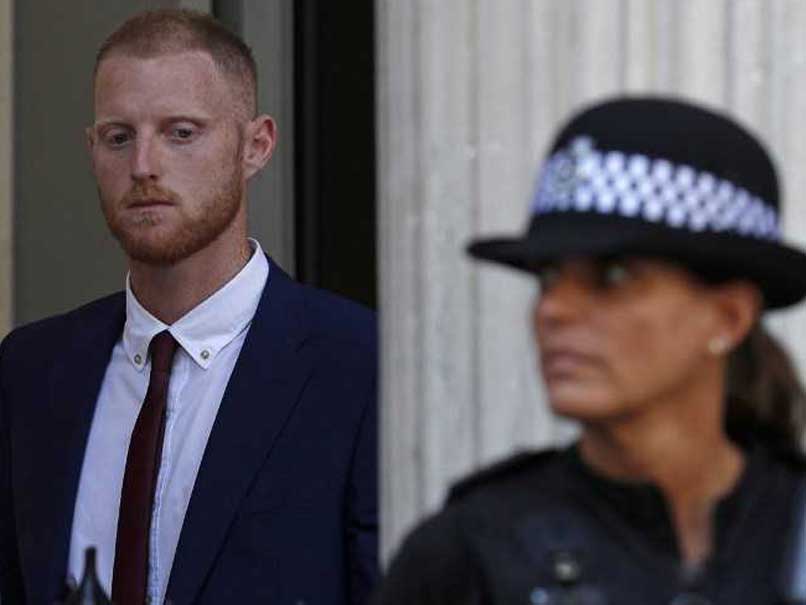 Ben Stokes was in Bristol Crown Court for the fourth day of the trial.© AFP

Ryan Hale, a former soldier allegedly knocked out by Ben Stokes, said the England cricketer "could have killed me", their trial heard Thursday, as the ex-serviceman was formally cleared of affray. Stokes, Hale and a third man, Ryan Ali, were in Bristol Crown Court on Thursday for the fourth day of their trial for alleged affray in the southwest English city on September 25 last year. After the prosecution concluded its case against the three men, judge Peter Blair told the jury to find Hale not guilty.

"I am directing you to find him not guilty in my analysis of the evidence," Blair said.

Hale, 28, was formally found not guilty and invited to leave the dock.

The court has seen security camera footage of Stokes, 27, brawling with Hale and Ali in a Bristol street.

The prosecution has said Stokes first knocked out Hale, then 27-year-old Ali.

On Thursday, jurors heard that Hale told police in a formal interview: "I'm a dad. He could have killed me. I don't know why he didn't stop.

"He could have beaten the living hell out of me. It's shocking to see someone doing that to someone who didn't do anything wrong."

Hale said he and his friend Ali had been walking away from Mbargo nightclub, along with William O'Connor and Kai Barry, two openly gay regulars at the club.

"The first thing he did was put his hand on my knob. I'm an ex-soldier, to me it's banter," Hale said in the police interview.

"It did not offend me at all. He was pinching my arse and I grabbed him and said 'You're coming home with me'. He said 'Just because I'm gay doesn't mean I'm going home with any other bloke'.

"I was like, it's fine, no problem, and just carried on walking."

Stokes told the officer who arrested him at the scene that he intervened "because he was abusing my two friends for being gay," the court has heard.

"I remember saying 'I don't want any trouble'," the former soldier said in his police interview.

"I am telling him to stop. He is having a go at Ryan and I am trying to stop any fight, to stop him getting hurt.

"That's the moment I get smashed to the face.

"I was the innocent bystander getting assaulted brutally for nothing, standing there with open fists being smacking around the place."

Hale said of Stokes: "There's no self-defence and he isn't defending anyone else."

Stokes was due to take to the witness stand later Thursday.

Ben Stokes England vs India, 2018 Cricket
Get the latest updates on SA vs IND 2021-22, check out the Schedule and Live Score . Like us on Facebook or follow us on Twitter for more sports updates. You can also download the NDTV Cricket app for Android or iOS.