Stokes -- who starred on Saturday as England beat India in the first Test at Edgbaston -- Ali and Hale each deny a charge of affray. 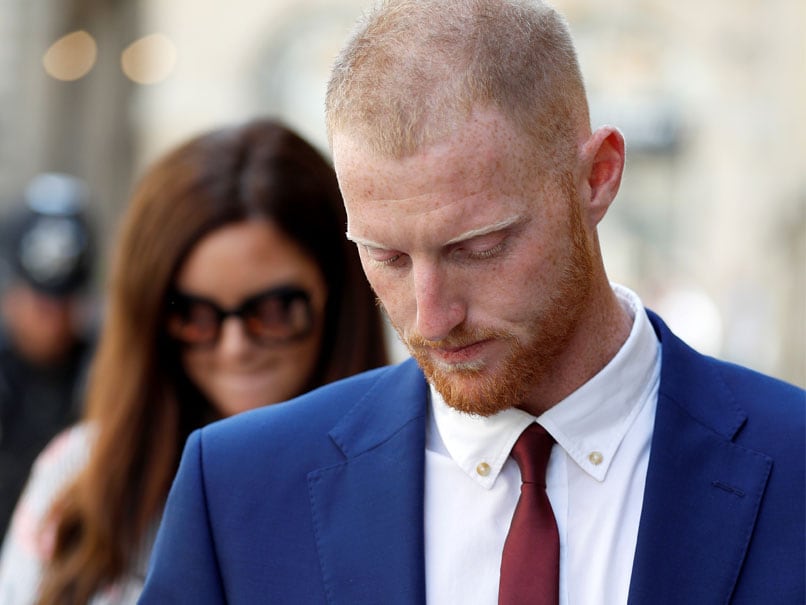 Ben Stokes made "stupid noises" and "camp gestures" to mimic two gay men outside a nightclub, a doorman said Tuesday at the England cricketer's trial for alleged affray. Stokes mimicked the "high-pitched" voices of William O'Connor and Kai Barry, two "quite effeminate" regulars at Mbargo nightclub in Bristol, southwest England, said doorman Andrew Cunningham. On Monday's opening day of the trial at Bristol Crown Court, jurors saw footage of Stokes, 27, brawling with 27-year-old Ryan Ali and Ryan Hale, 28, outside Mbargo in the early hours of September 25 last year. Stokes -- who starred on Saturday as England beat India in the first Test at Edgbaston -- Ali and Hale each deny a charge of affray. The prosecution told the jury how Stokes told police he decided to intervene with Ali and Hale because he overheard "nasty homophobic language", then told police he acted in self-defence when he thought he was about to be hit with a bottle.

The prosecution said Stokes first knocked Hale unconscious, then Ali. Cunningham, appearing as a witness, said he knew the "flamboyant and camp" O'Connor and Barry as regulars. He said Stokes, whom he described as the "ginger one", and his England team-mate Alex Hales had returned to the club but were not allowed back in as it was after 2:00am.

"The ginger one offered me 60 pounds (67 euros) and asked me if that would get them in," Cunningham said.

"He had a conversation with his friend and he said 300 pounds, get us in', and I still told them no.

"He got a bit verbally abusive," mocking Cunningham's gold teeth and tattoos, in a "spiteful" and "angry tone", he said.

The doorman said Barry and O'Connor had left the nightclub and were stood outside talking.

"They are quite extravagant people. When they talk, their mannerisms are not as everyone else, they are a bit more flamboyant," he said.

"The ginger guy picked up on this and started to take the mick out of them.

"He started to mimic their actions. He didn't speak, he just made noises to sound like them because if you hear them speak they are quite high-pitched guys.

"They are quite effeminate guys and their voices are different. He made noises to try to copy them, not saying anything just making stupid noises.

He said Barry and O'Connor did not appear angry.

A cigarette butt was then flicked at them and Cunningham stepping in, saying "If you are going to start on someone, start on me".

He explained what had happened to Hales, who turned to his friend and said, "Stokesy, don't do that", Cunningham recounted.

"Mr Stokes, Mr Hales, Mr Barry and Mr O'Connor are outside of the door of Mbargo together -- laughing, looking to be joking," Cole told Adams.

"On the whole, it presents a picture of four people together. It is not homophobic behaviour, is it?

"For about six minutes, all together, laughing, joking, talking and then they walk away."

Ali's lawyer Stephen Mooney asked Adams if the action of flicking a cigarette butt at O'Connor could be described as joking.

The trial, which began Monday, is expected to last between five and seven days.

Ben Stokes Cricket
Get the latest updates on ICC Women's Cricket World Cup 2022 and IPL 2022, check out the Schedule , Live Score and IPL Points Table. Like us on Facebook or follow us on Twitter for more sports updates. You can also download the NDTV Cricket app for Android or iOS.