Ben Stokes and two other men are jointly charged over a fracas in Bristol that took place on September 25 last year. 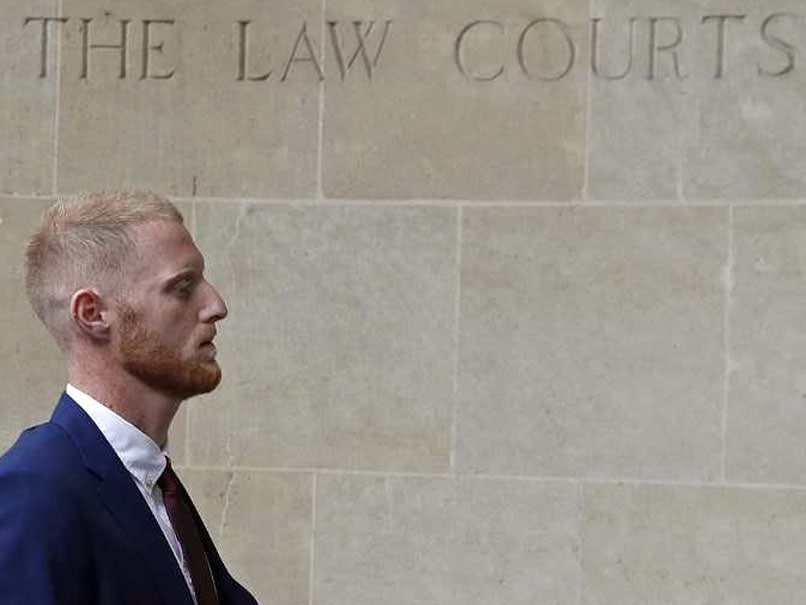 England all-rounder Ben Stokes arrived at Bristol Crown Court, south-west England on Monday for the start of his affray trial. During the trial, Ben Stokes' international career will be placed in suspended animation. Ben Stokes and two other men are jointly charged over a fracas in Bristol that took place on September 25 last year. The incident happened several hours after England had played an ODI against West Indies. However, Stokes, Ryan Ali and Ryan Hale all deny the charge.

Stokes, wearing a blue suit and red tie, was driven to the city's Crown Court in a silver people-carrier and walked straight into the building flanked by the media.

The charge he faces states that their "conduct was such as would cause a person of reasonable firmness present at the scene to fear for his personal safety".

A 27-year-old man allegedly suffered a fractured eye socket in the incident, at which fellow England cricketer Alex Hales was also present.

The trial is expected to last between five and seven days in courtroom one.

Stokes missed the Ashes after being suspended from playing for England. Without him, England lost the Ashes to Australia 4-0.

Since then, he has played in the Test series against New Zealand and Pakistan. He starred on Saturday as England beat India by 31 runs at Edgbaston to take a 1-0 lead in the five-match series.

Due to the trial, the 27-year-old all-rounder will miss the second Test against India at Lord's, beginning August 9.

For the second Test, Chris Woakes has replaced Stokes in the England squad.

"Ben Stokes is unavailable, but Chris Woakes, with some extra matches and practices under his belt, can now return to the England squad after injury," said England Cricket in a statement.

Ben Stokes England vs India, 2018 Cricket
Get the latest updates on ICC T20 Worldcup 2022, check out the Schedule and Live Score. Like us on Facebook or follow us on Twitter for more sports updates. You can also download the NDTV Cricket app for Android or iOS.