Stokes, 27, is accused at Bristol Crown Court in southwest England for alleged affray, along with 27-year-old Ryan Ali and Ryan Hale, 28. 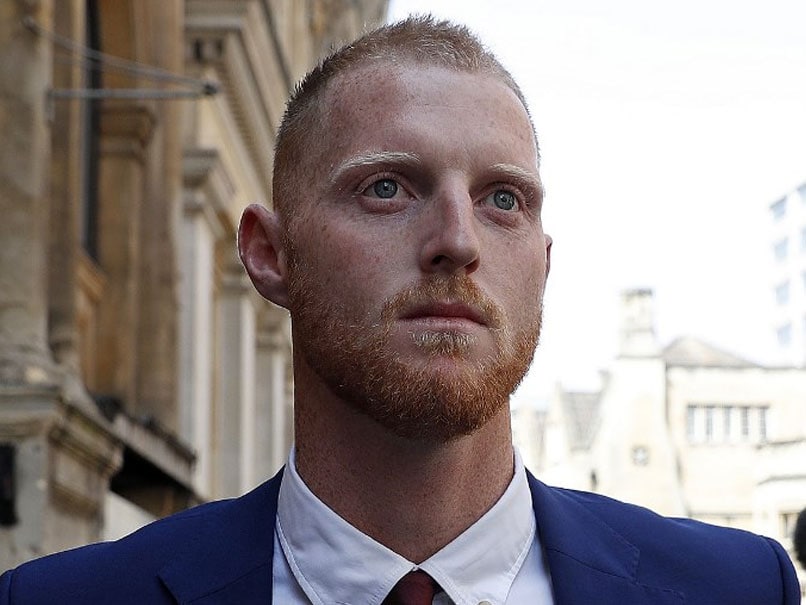 England cricketer Ben Stokes claimed he punched a man for abusing another individual "for being gay", his trial heard Wednesday. Stokes, 27, is accused at Bristol Crown Court in southwest England for alleged affray, along with 27-year-old Ryan Ali and Ryan Hale, 28. Stokes, jurors heard, told police in a statement that he felt forced to defend himself because it was "two on to one" in the brawl with Ali and Hale. The two gay men Stokes claimed he was defending, Kai Barry and William O'Connor, "thanked me for preventing them from being beaten up", the cricketer told police.

But off-duty police community support officer Mark Spure, who tried to break up the fight, told the court that Stokes "seemed to be the main aggressor".

Jurors have seen footage of Stokes talking to O'Connor and Barry outside the Bristol nightclub Mbargo in the early hours of September 25 last year.

The court has also been shown footage of Stokes brawling with Ali and Hale -- who are friends -- after walking away from the club.

On Wednesday, the third day of the trial, the court saw footage of Ali and Hale holding beer bottles and walking up a road with Barry and O'Connor -- described by the prosecution as "openly gay" Mbargo regulars.

Detective Constable Daniel Adams, the officer in the case, told jurors: "Ryan Ali and Kai Barry appear to be having a disagreement. Mr Barry grabs Mr Ali around the groin area.

"Mr Barry appears to link arms with Mr Ali and is shrugged off and pushed away."

Hale is then shown collapsing to the floor but picking himself up after 20 seconds and disappearing before returning with, Adams said, "what appears to be a metal pole".

Police constable Stacey Alway, who arrested Stokes at the scene, said he was calm and compliant when she dealt with him.

"As I approached the group I could see the male wearing the green T-shirt, Mr Stokes, squaring up to the other males," she told jurors.

Footage from her body camera, played to the jury, showed she said to Stokes: "A guy over there was covered in blood and I've been told you punched him."

Stokes replied: "Because he was abusing my two friends for being gay."

In a later statement, Stokes told officers: "These men were speaking to the gay guys in what I would call a harsh and abusive way.

"It was homophobic in nature. I took exception and said 'leave it out'.

Stokes told police that Ali came towards him, holding a bottle. He said the pair "scuffled" on the floor, before Hale grabbed him from behind.

"I was worried it might be two on to one and I knew one had had a bottle," Stokes told police.

"I didn't feel I had an option.

"I am clear that I felt under threat of immediate attack from both these men and I did what I did only in order to defend myself."

The trial, expected to last five to seven days, continues on Thursday.

Ben Stokes Cricket
Get the latest updates on SA vs IND 2021-22, check out the Schedule and Live Score . Like us on Facebook or follow us on Twitter for more sports updates. You can also download the NDTV Cricket app for Android or iOS.