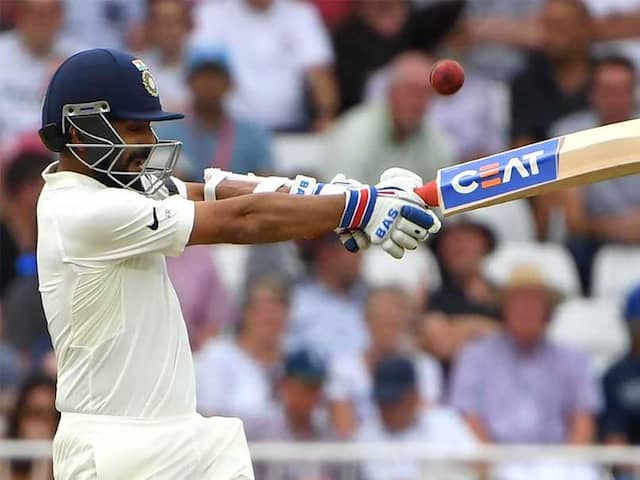 India's middle-order batsman Ajinkya Rahane justified his selection after a gritty 81-run knock against England in the third Test at Trent Bridge on Saturday. His 159-run partnership with skipper Virat Kohli was the highlight of the day. "That partnership with Virat Kohli was very crucial for us. As I had told earlier when Pujara was unfortunately dismissed before lunch and I went on to bat, my intent right from the outset was to keep batting and scoring runs. Strike rotation was important in the partnership with Virat Kohli", Rahane said in a video shared by the Board of Control for Cricket in India (BCCI) on their official Twitter account.

INTERVIEW: @ajinkyarahane88 speaks about his gritty 81 in the third Test, his partnership with captain @imVkohli & the match situation after the end of Day 1 - by @RajalArora #TeamIndia #ENGvIND

Rahane revealed that Kohli and his intention was to bat throughout the day.

"Our intent was to continue batting throughout the day. When Virat Kohli and myself were batting, we were trying to build a partnership and as soon we both got set, our focus was to keep the scoreboard ticking", he said.

Rahane also expressed satisfaction on India's batting performance at the end of day one.

"I think the first day's total is quite decent. If the total would have been at 307/4, it would've been great. Hardik Pandya got out in the last over but at the end, this is a good score at the end of the first day", he said.

Rahane said that his low scores in the second Test at Lord's prompted him to improve his batting at the Trent Bridge.

"After my Lord's innings, I kept on analysing how my good batting innings were. I was never bogged down by my performances and kept my calm", he signed off.

Virat Kohli England vs India, 3rd Test England vs India, 2018 Cricket
Get the latest Cricket news, check out the India cricket schedule, Cricket live score . Like us on Facebook or follow us on Twitter for more sports updates. You can also download the NDTV Cricket app for Android or iOS.