Harbhajan Singh shared an old video of Sachin Tendulkar harvesting lemons with a knife tied to a bamboo pole and asks for a couple. 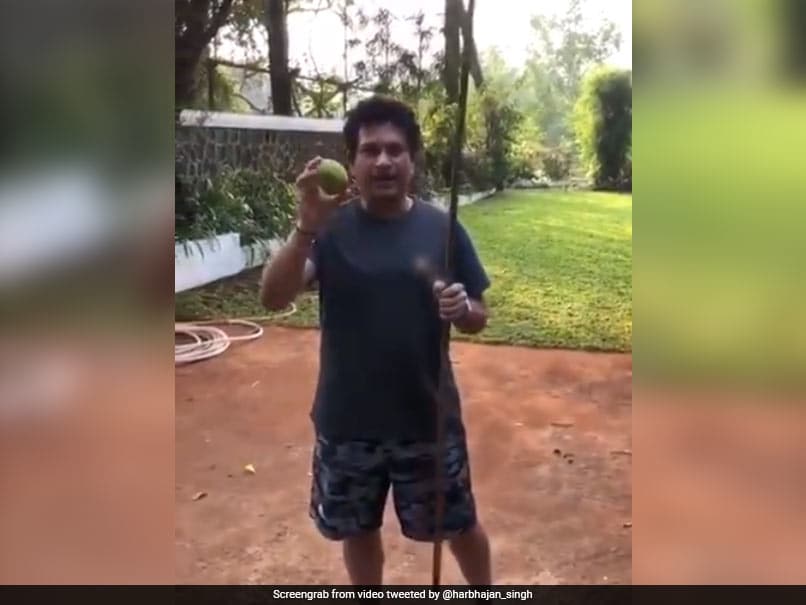 Veteran off-spinner Harbhajan Singhtweeted a video which shows batting legend Sachin Tendulkarplucking lemon from a tree, using a bamboo stick. The 29-second video also shows Sachin correcting a man who mistakes lemon for a mango. "It's not a mango, it's a limbu" Sachin can be heard saying in the video. Sharing the video on Twitter, Harbhajan requested the batting maestro to pluck 2-3 of lemons for him as well. "Paji 2/3 nimbu mere liye bi nikal lena," Harbhajan wrote on Twitter.

Reacting to ICC's tweet, Sachin wondered how many more runs he and Ganguly would have scored had the current fielding regulations been in place during their playing days.

"This brings back wonderful memories Dadi. How many more do you think we would've been able to score with the restriction of 4 fielders outside the ring and 2 new balls?" Tendulkar replied on the ICC's post.

While Harbhajan Singh was of the opinion that modern cricket rules, especially in limited-overs format, do not promote fair competition between bat and ball, and scoring 320-plus runs has become a normal affair.

"At least few more thousands runs easily..such a bad rule this is..need few bowlers in @ICC to keep the balance right between bat and ball.. and games become more competitive when team scores 260/270 now days everyone scorning 320/30 plus and getting chased as well often," Harbhajan commented on Tendulkar's reply.

Sachin Tendulkar Harbhajan Singh Cricket
Get the latest updates on ICC Women's Cricket World Cup 2022 and IPL 2022, check out the Schedule , Live Score and IPL Points Table. Like us on Facebook or follow us on Twitter for more sports updates. You can also download the NDTV Cricket app for Android or iOS.