Sachin Tendulkar was in the news earlier when he announced the donation of Rs 50 lakh to battle the coronavirus pandemic crisis. 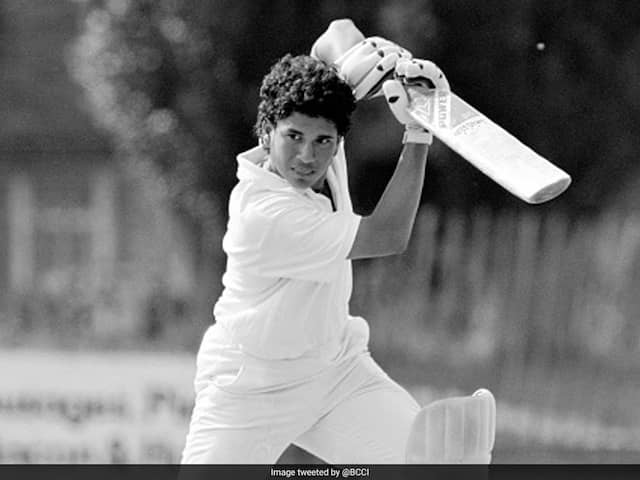 Sachin Tendulkar is one of the finest batsmen to have ever played cricket for India. Sachin Tendulkar has fans across the globe and people adore the man. In a recent throwback tweet, BCCI's official handle shared a post which says, "#OnThisDay in 1994 The start of something special @sachin_rt started opening the batting (82 off 49) for the first time in ODIs in Auckland and it triggered a golden run". This was the second ODI of the series and New Zealand had been bowled out for 142. Sachin Tendulkar, alongside Ajay Jadeja, opened the batting for the first time for the country and smashed 82. Sachin's innings was studded with 15 boundaries and 2 sixes with a strike rate of 167.34.

The start of something special@sachin_rt opened the batting (82 off 49) for the first time in ODIs in Auckland and it triggered a golden run! pic.twitter.com/PQdkZb9fWi

India won the match by seven wickets and Sachin Tendulkar was awarded the player of the match award for his brilliant innings. This was the beginning of Sachin Tendulkar's golden run as he became the opening batsman for India in ODI cricket.

The master blaster went on to play 463 ODIs and scored 18426 runs with an average of 44.8 and a strike rate of 86.2. He scored 49 One-day International hundreds which are the maximum number of ODI centuries by any cricketer ever.

Earlier on Friday, Sachin Tendulkar announced that he will be donating Rs 50 lakhs in the fight against coronavirus. The nation is observing a 21-day lockdown as a safety measure as India battles against the COVID-19 pandemic.

From Virat Kohli to Rishabh Pant everybody welcomed Prime Minister Narendra Modi's move and took to social media to ask citizens to follow the guidelines which have been issued by the government to stay safe.