Rishabh Pant's Workout Video Will Inspire You To Stay Fit During Lockdown. Watch

Rishabh Pant can be seen working out at home in the video shared by the BCCI. 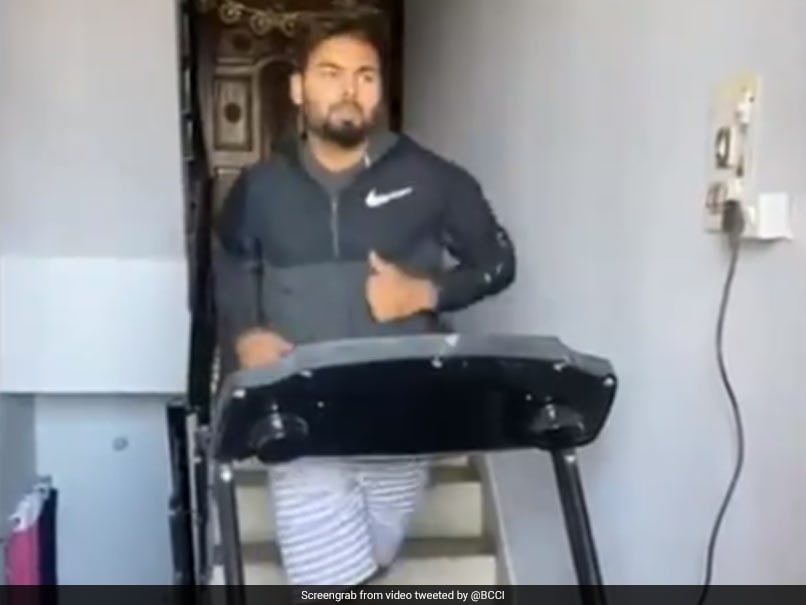 No gym, no problem for Rishabh Pant, who is staying fit with his indoor workouts.© Twitter

Rishabh Pant, much like other Indian cricketers, is spending time at home as India fights against the coronavirus pandemic. The left-handed wicketkeeper-batsman has however made sure he remains fit in these testing times. In a video shared on BCCI's official twitter handle, Rishabh Pant can be seen working out at home. BCCI has captioned the post, "Indoor workout featuring @RishabhPant17". Pant can be seen running on his treadmill and doing other exercises in a bid to remain fit during the nationwide lockdown.

The wicket-keeper batsman has been active on social media for quite some time.

Rishabh Pant, much like other cricketers from India has welcomed PM Modi's 21-day nationwide lockdown. The Delhi Capitals player requested citizens to follow the regulations imposed by the government as India battles against the coronavirus threat.

Rishabh Pant failed to impress in the Test series against New Zealand where he struggled much like other Indian batsmen. The left-hander was also involved in a disastrous run out in the first Test of the series at Wellington. Ajinkya Rahanemade a bad call which ended Pant's innings in the first innings of the match.

With the IPL around the corner, Pant will be looking to make the most of the upcoming edition of the tournament. Rishabh Pant made his debut for the Delhi Capitals back in 2016 and is a key cog in their lineup. In last year's IPL, the southpaw smashed 488 runs from 16 matches with an average of 37.53 and a strike rate of 162.66.

This year's IPL was scheduled to begin from March 29, but was postponed to April 15 as a precautionary measure in the fight against the coronavirus pandemic.

With the government saying that any decision about the tournament can only be taken after April 15, the future of this season of the IPL is hanging in the balance.