In a video message, Virat Kohli and Anushka Sharma asked the people to stay at home and self-isolate. 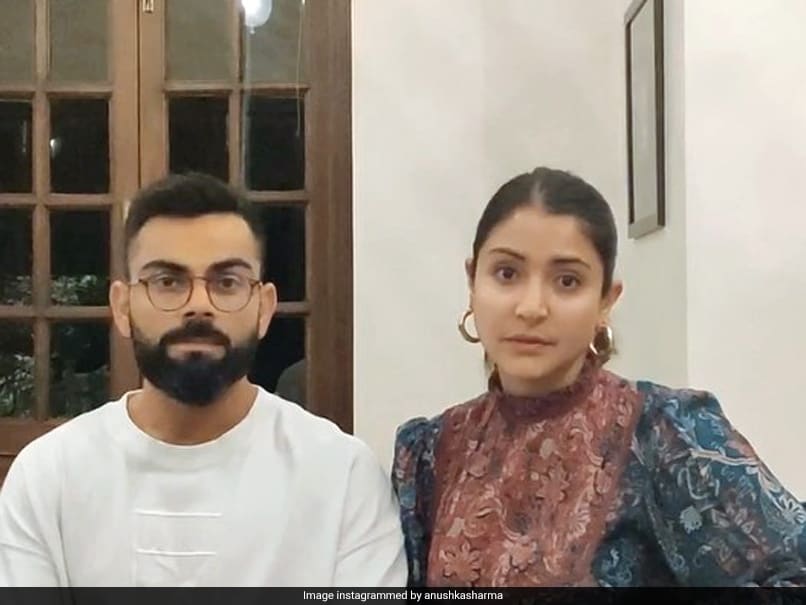 Virat Kohli and Anushka Sharma spoke about the need to stay at home.© Instagram

The coronavirus threat has been a major cause of concern that has gripped the entire world. Late on Thursday, Prime Minister Narendra Modi addressed the nation asking citizens of the country to practice "Janta Curfew" on Sunday (March 22) in the fight against COVID-19. In a video shared by Anushka Sharma on Instagram, she along with Virat Kohli requested the citizens of the country to stay safe by practicing self-isolation during these testing times. Anushka Sharma went on to add that the only way to stop the spread of coronavirus is by "acting together".

The Indian captain had already tweeted on Thursday night, urging the people to follow the Prime Minister's safety norms in the fight against the novel coronavirus.

"Be alert, attentive and aware to combat the threat posed by Covid 19. We, as responsible citizens, need to adhere to the norms put in place for our safety as announced by our Honourable Prime Minister Shri @NarendraModi ji. #IndiaFightsCorona," Kohli's tweet read.

In another tweet, Kohli also thanked the medical professionals in India and around the world for all their effort in the fight against the coronavirus pandemic.

"Also, special mention to all the medical professionals in the country and around the globe for all the efforts being put in to fight the #CoronaVirus. Let's support them by taking care of ourselves and everybody around us by maintaining good personal hygiene. #IndiaFightsCorona," the Indian skipper wrote.

From the French Open to Euro 2020, major sporting events have been hit hard, which has resulted in them being postponed. In India, the Indian Premier League (IPL) which was scheduled to begin from March 29 has been pushed to April 15.

The England cricket board also called off the Test series against Sri Lanka which was supposed to take place at the end of this month.

Prior to this, the three-match ODI series between India and South Africa was called off due to the coronavirus outbreak.