Mayank Agarwal on Thursday posted a beautiful post for wife Aashita Sood as they celebrate their third wedding anniversary. 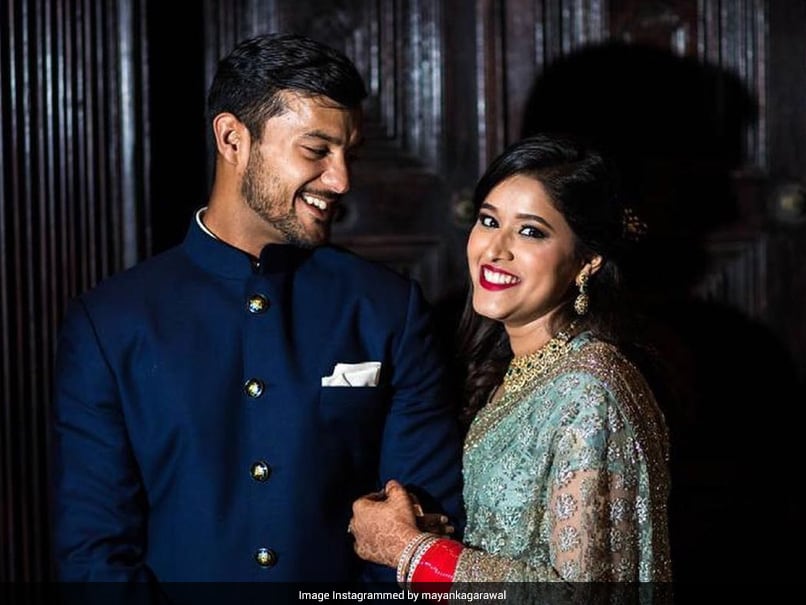 Mayank Agarwal posted a picture with wife on the occasion of their 3rd marriage anniversary.© Mayank Agarwal/Instagram

India cricketer Mayank Agarwal on Thursday shared a heartfelt post for wife Aashita Sood on the occasion of their third wedding anniversary. Sharing several pictures on Instagram, Mayank wrote, "It's been lit, it's a laughing riot, it will continue to be. Happy 3rd anniversary, Aashita Sood." Responding to the post, Aashita wrote, "Love you, Mayank Agarwal." Mayank's Indian Premier League (IPL) team Punjab Kings (PBKS) also extended its greeting on the special occasion. "Happy Anniversary," PBKS wrote in the comment box along with a heart emoji.

Aashita also shared a snap from their wedding day and said, "Here's to another year of chasing sunsets and dreams with you!"

Mayank along with other members of the Indian squad is currently in England for the final of the World Test Championship (WTC) against New Zealand. The inaugural WTC final will take place from June 18 to 22 at the Rose Bowl stadium of Southampton. ICC had added June 23 as the reserve day for the prestigious event.

India are scheduled to face England in a five-match Test series after the WTC final. The two-month-long series will kick-start on August 4.

The 30-year-old Mayank made his Test debut for India in December 2018 against Australia at the Melbourne Cricket Ground (MCG).

In his debut match, Mayank scored 76 and 42 runs in the first and second innings respectively as India won the match by 137 runs.

He has amassed 1052 runs in just 14 Test matches at an average of 45.74. Mayank has also struck three centuries, two double centuries and four fifties in the longest format of the game.

Contrary to his exploits in Test cricket, he has represented India in just five ODIs and scored 86 runs. He is yet to make his debut for India in T20Is.

Comments
Topics mentioned in this article
Mayank Agarwal Cricket
Get the latest updates on SA vs IND 2021-22, check out the Schedule and Live Score . Like us on Facebook or follow us on Twitter for more sports updates. You can also download the NDTV Cricket app for Android or iOS.