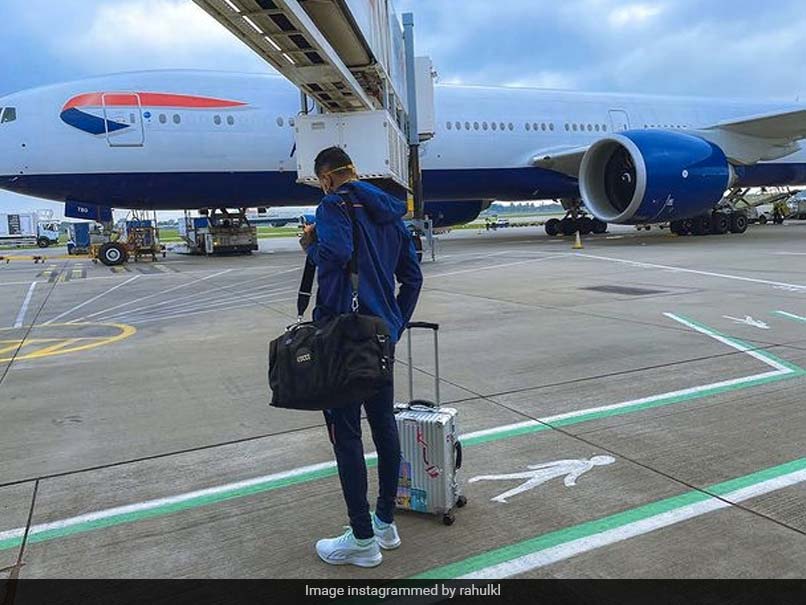 KL Rahul took to Instagram to share a picture of him after the India cricketer landed in London on Thursday. Team India had left for England late on Wednesdayfor a long tour where they will be playing six Test matches, including the inaugural World Test Championship final against New Zealand at the Ageas Bowl in Southampton, starting on June 18. "Touchdown," the 29-year-old batsman captioned the image on Instagram. In the picture, Rahul can be seen standing in front of an aircraft at the Heathrow airport in England.

The Bharat Army, a group of Team India's supporters, posted a video on Instagram in which both men's and women's teams can be seen arriving at the Heathrow airport.

KL Rahul, who underwent an appendicitis surgery in May, was named in the squad but his availability was subject to fitness clearance.

Rahul, who was last seen leading Punjab Kings during the Indian Premier League (IPL) 2021, was diagnosed with acute appendicitis during the tournament and was admitted to hospital.

His presence will boost the visitors as they will play a five-Test series against England after the World Test Championship final.

The last time when Virat Kohli-led Team India travelled to England for a Test series, the visitors lost 4-1.