According to sources, Ravi Shastri formally applied for the head coach post on Monday. 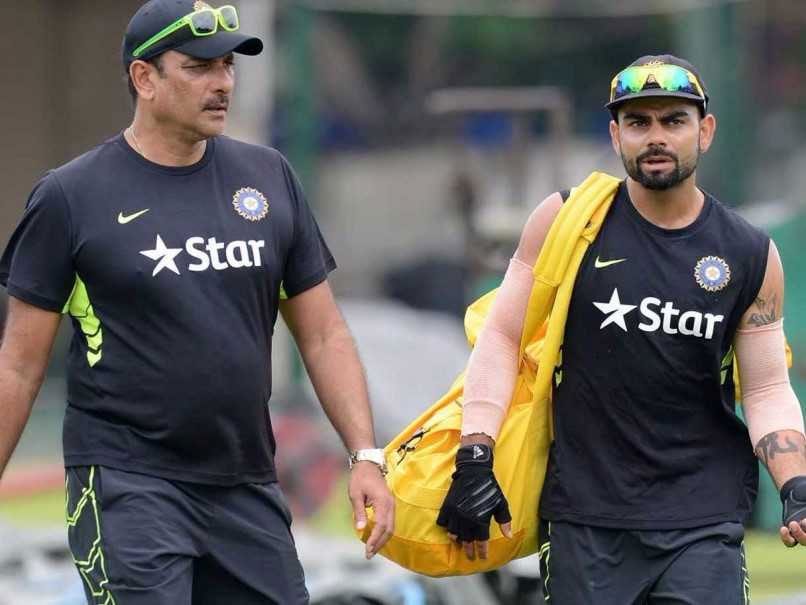 Former Indian team director Ravi Shastri has formally applied for the position of India's head coach on Monday. According to NDTV sources, Sachin Tendulkar had requested Shastri to apply for the top job. NDTV has also learnt that the Indian cricket team wants Shastri to return and he is a favourite for the head coach job. Shastri was earlier the director of the team between 2014 and 2016 during which he led India to the semi-finals of the 2015 ICC World Cup. Shastri had applied for the head coach job last year but Anil Kumble had been preferred. Kumble stepped down from the post after the conclusion of the ICC Champions Trophy 2017 in June, where India lost to Pakistan in the final. In his statement, he had written that the relation between captain Virat Kohli and himself had become 'untenable'.

During Shastri's tenure as team director, India won the Test series in Sri Lanka after a gap of 22 years and also outplayed South Africa 3-0 in a four-Test home series before clinching the Asia Cup.

It later came out that Shastri desperately wanted to continue his association with the Indian team, but the Board of Control for Cricket in India's (BCCI) Cricket Advisory Committee (CAC), comprising Tendulkar, Sourav Ganguly and VVS Laxman, chose Kumble as head coach ahead of Shastri. Following that, Shastri took pot shots at Ganguly and claimed that the CAC member had lobbied for Kumble to replace him and had convinced the other panel members.

The interview for the position of head coach is on July 10 in Mumbai. The deadline for sending in applications for the post has been set for July 9. When Ganguly was asked earlier that what sort of coach the CAC was looking for, the former India captain had said, "One who can win cricket matches."

The other names to have applied for the position of head coach are Virender Sehwag, Dodda Ganesh, Richard Pybus, Lalchand Rajput and Tom Moody.

Comments
Topics mentioned in this article
India Cricket Team Ravi Shastri Anil Kumble Sachin Tendulkar Sourav Ganguly Cricket
Get the latest updates on IPL 2020, check out the IPL Schedule for 2020 and Indian Premier League (IPL) Cricket live score . Like us on Facebook or follow us on Twitter for more sports updates. You can also download the NDTV Cricket app for Android or iOS.