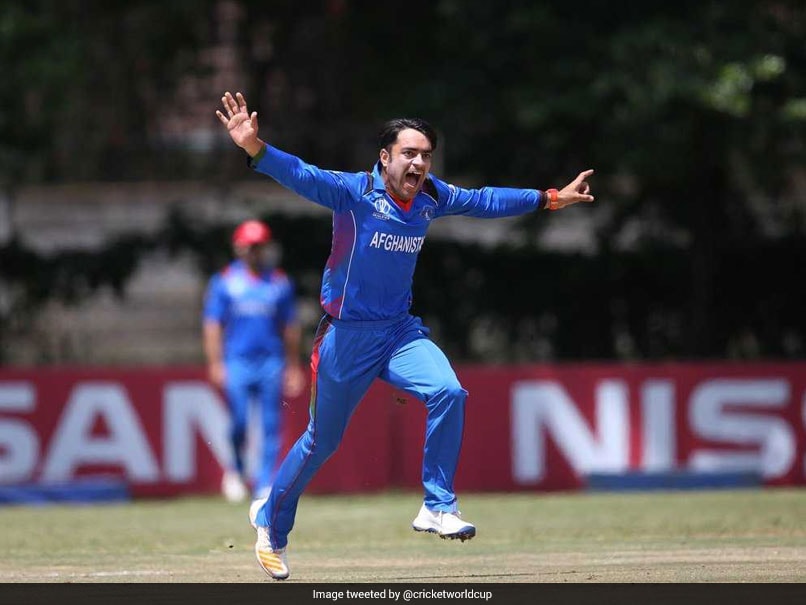 Rashid Khan stole the show with his fourth five-wicket haul as Afghanistan overcame a top-order batting collapse to prevail over the United Arab Emirates (UAE) in a Super Six fixture of the ICC Cricket World Cup Qualifier 2018 at the Old Hararians on Tuesday. Rashid returned figures of 9-0-41-5 as the UAE, after electing to bat first, were bowled out for 177 in 43 overs. Afghanistan, in their run-chase, plunged to 54 for five before an unfinished 124-run sixth wicket partnership between the player of the match Gulbadin Naib and Najibullah Zadran helped them reach the target for the loss of five wickets.

The victory in the 35th over also helped Afghanistan to narrow the gap with Ireland and the Windies on net run-rate, which will come into play if Scotland beat the Windies on Wednesday, the UAE beat Zimbabwe on Thursday and Afghanistan beat Ireland on Friday.

The winner of Wednesday's match between the Windies and Scotland will qualify for the ICC Cricket World Cup Qualifier 2019 and if Zimbabwe beat UAE on Thursday, then they will claim the second qualifying spot.

Rashid handed over the captaincy to a returning Asghar Stanikzai and immediately produced his best bowling performance of the tournament when he finished with five for 41. This lifted him to 96 wickets from 42 ODIs and the 19-year-old now has Mitchell Starc firmly within his sights. The Australia left-arm fast bowler had reached the 100-wicket milestone in 52 ODIs.

Rashid, who is now the tournament's leading wicket-taker with 15, received good support from fast bowler Dawlat Zadran, who finished with three for 45 as only Shaiman Anwar (64, 87b, 4x4, 1x6) and Mohammad Naveed (45, 20b, 7x4, 2x6) batted with any confidence and authority for the UAE.

This was the sixth encounter between the two sides and both are tied on three wins apiece.

Comments
Topics mentioned in this article
Afghanistan United Arab Emirates International Cricket Council Rashid Khan Gulbadin Naib Najibullah Zadran Cricket
Get the latest updates on India vs Australia Series, check out the India vs Australia Schedule for 2020-21 and Ind vs Aus live score . Like us on Facebook or follow us on Twitter for more sports updates. You can also download the NDTV Cricket app for Android or iOS.