The World's No.1 ODI and Twenty20 International bowler, Rashid will lead Afghanistan after regular skipper Asghar Stanikzai was diagnosed with appendicitis. 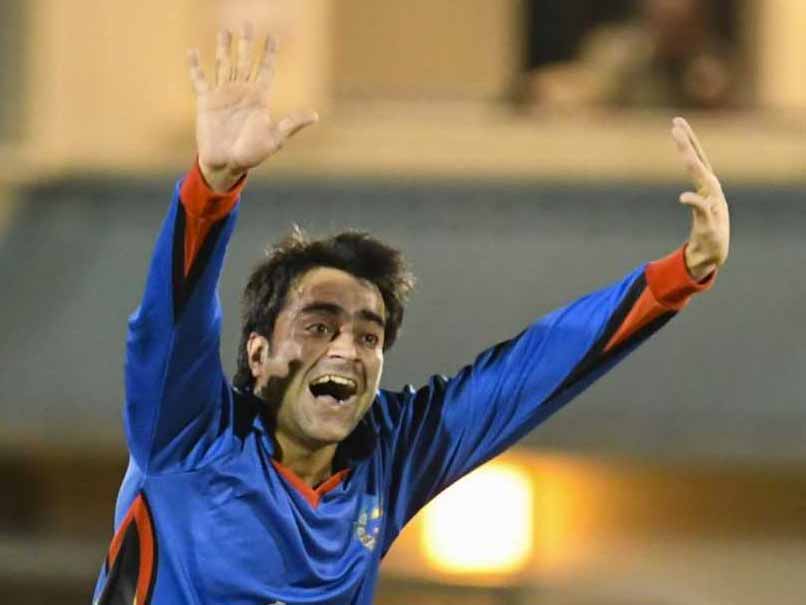 Afghanistan leg-spinner Rashid Khan is set to become the youngest captain in the history of international cricket at nineteen years. The World's No.1 ODI and Twenty20 International bowler, Rashid will lead Afghanistan after regular skipper Asghar Stanikzai was diagnosed with appendicitis. "The doctors have advised that he will be able to return to cricket in approximately 10 days. Current vice-captain Rashid Khan will lead the team in his absence," Afghan Cricket Board said in a press statement.

Afghanistan travel to Bulawayo for the group-stage matches of the ICC World Cup Qualifier. Afghanistan take on Scotland on March 4 to launch their campaign for qualification to the 2019 World Cup.

Last week, Rashid became the youngest player to be ranked No.1 in the ICC's Player Rankings across formats. The leg-spinner has so far taken 86 wickets from 37 ODIs and 47 wickets from 29 T20Is.

He had broken Pakistan great Saqlain Mushtaq's record to become the youngest to be on top of any ICC Player Rankings (batsmen or bowlers). Rashid and India's pace sensation Jasprit Bumrah took the joint-top position among ODI bowlers.

Rashid thus also leapfrogged Sachin Tendulkar, who was the youngest No.1-ranked Test batsman when he was on top of the charts in 1994.

At 7,683 days, Saqlain had topped the charts in 1998 and the former Pakistan off-spinner was effusive in his praise for the Afghan leggie.

Comments
Topics mentioned in this article
Afghanistan Rashid Khan Cricket
Get the latest updates on India vs England Series, India vs England , live score and IPL 2021 Auction . Like us on Facebook or follow us on Twitter for more sports updates. You can also download the NDTV Cricket app for Android or iOS.