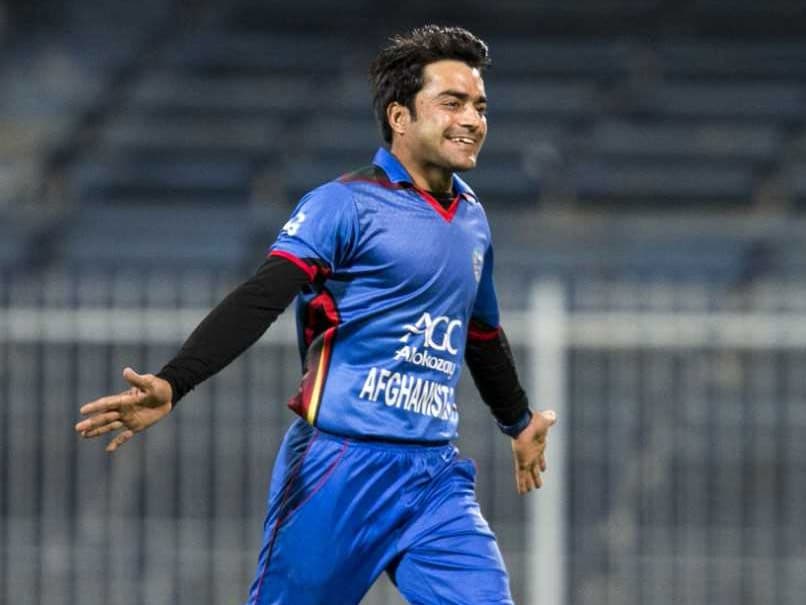 Rashid Khan has taken the cricketing world by storm.© AFP

Rashid Khan is the biggest success story to hit the sport in the past few years. The leg-spinner from Afghanistan has taken the world by storm with some sterling performances not only for his country but various franshises for whom he plays for -- whether that be in the Indian Premier League (IPL) or the Big Bash League (BBL). And now the 19-year-old has broken Pakistan great Saqlain Mushtaq's record to become the youngest to be on top of any ICC Player Rankings (batsmen or bowlers). Rashid and India's pace sensation Jasprit Bumrah took the joint-top position among ODI bowlers.

Rashid thus also leapfrogged Sachin Tendulkar, who was the youngest No.1-ranked Test batsman when he was on top of the charts in 1994.

At 7,683 days, Saqlain had topped the charts in 1998 and the former Pakistan off-spinner was effusive in his praise for the Afghan leggie.

Afghanistan player @rashidkhan_19 has become the youngest man to top any form of the @MRFWorldwide Player Rankings, breaking my record of Two Decades!!! ...Many congratulations to Rashid! #Records Are Made To Be Broken pic.twitter.com/sNSp1LxdMH

Rashid has joined Bumrah at the top with 16 wickets in the series against Zimbabwe which Afghanistan won 4-1 to become the youngest to attain top ranking.

His 51 runs in two innings in the series, including a brisk 43 in the final match in Sharjah on Monday, has also helped him break into the top-five in the list of all-rounders while he has also moved up 11 slots to take 114th place among batsmen.

Meanwhile, India skipper Virat Kohli became the second batsman to cross 900-point mark in both Tests and ODIs. Kohli's prolific run with the bat has helped him attain the rare feat in the rankings.

Kohli has thus moved ahead of Brian Lara in the all-timers' list, having also overtaken him in the all-timers' Test list last month. The Indian run-machine is now seventh in the ODI list of all-time rankings that is led by Vivian Richards with 935 points and the India captain is now a good 22 points clear of Sachin Tendulkar, whose ODI career high of 887 points came against Zimbabwe in January 1998.

Kohli's aggregate is the best since Brian Lara reached 911 points in March 1993.

Comments
Topics mentioned in this article
Rashid Khan Afghanistan Sunrisers Hyderabad Cricket
Get the latest updates on ICC T20 Worldcup 2022, check out the Schedule and Live Score. Like us on Facebook or follow us on Twitter for more sports updates. You can also download the NDTV Cricket app for Android or iOS.