Leg-spinner Rashid Khan starred as Afghanistan wrapped up a dominant 4-1 series win over Zimbabwe on Monday, cruising to a 146-run victory in the fifth and final one-day international at Sharjah. 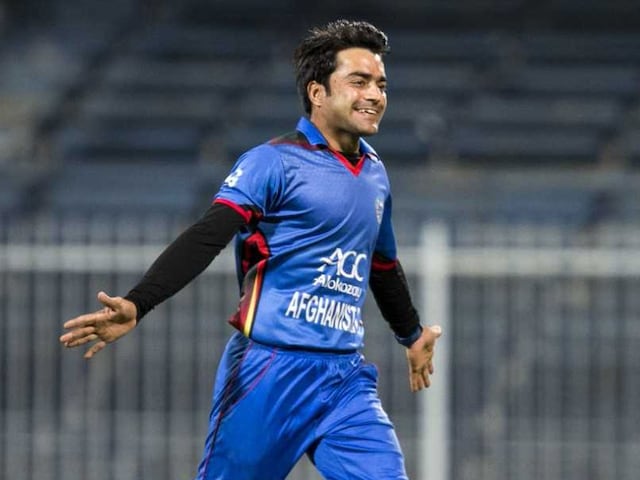 Leg-spinner Rashid Khan starred as Afghanistan wrapped up a dominant 4-1 series win over Zimbabwe on Monday, cruising to a 146-run victory in the fifth and final one-day international at Sharjah. After winning the toss and batting first, Afghanistan posted 241-9 from their 50 overs, before bowling out Zimbabwe for just 95. The two teams meet again in Zimbabwe at the 2019 World Cup qualifiers next month, with the Asian side clear favourites to qualify for the tournament in England and Wales based on the evidence of this series.

The 19-year-old Rashid struck a 29-ball 43, before taking the final three wickets to fall to finish with figures of 3-13.

Rashid continued his march towards becoming the fastest-ever bowler to reach 100 ODI wickets with his 16 in the series taking him to 86 from 37 games in total.

Zimbabwe leave the United Arab Emirates with only one win from seven matches, having lost the preceding T20 series 2-0.

A second-wicket partnership of 129 between Javed Ahmadi and Rahmat Shah set Afghanistan up for a big score at 142-1, but Shah's dismissal for 59 triggered a collapse of 6-35.

Ahmadi was run out shortly afterwards for a well-compiled 76, but Afghanistan were hauled to a decent total by number nine Khan, who hit three sixes before falling to the final ball of the innings.

Zimbabwe got off to a solid start with Brendan Taylor and Craig Ervine both getting starts, but wicketkeeper Taylor was trapped lbw by left-arm spinner Sharafuddin Ashraf for 27 and the last eight wickets tumbled for only 23 runs.

Comments
Topics mentioned in this article
Afghanistan Zimbabwe Cricket Team Rashid Khan Cricket
Get the latest Cricket news, check out the India cricket schedule, Cricket live score . Like us on Facebook or follow us on Twitter for more sports updates. You can also download the NDTV Cricket app for Android or iOS.