David Warner put up yet another video in his slew of acts on social media, as the lockdown gets longer. 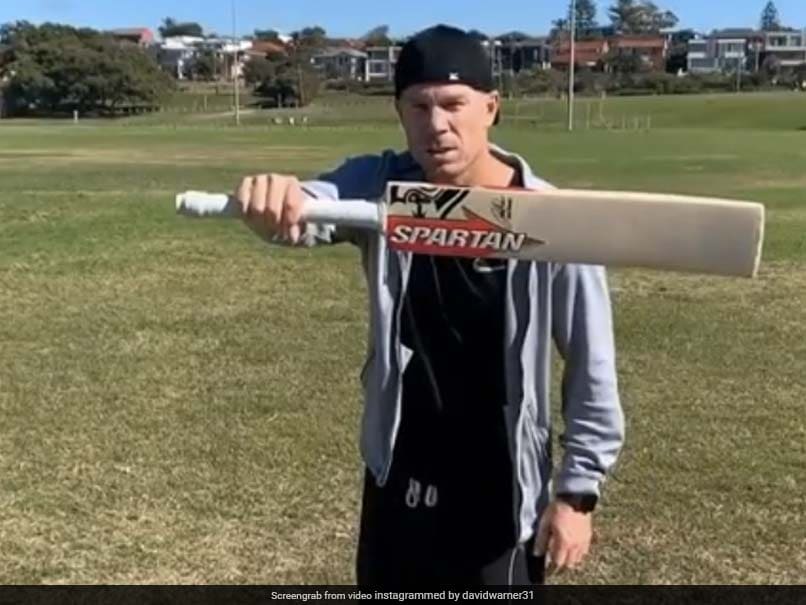 David Warner's latest TikTok video took a slightly different turn, moving away from wacky dance moves to superhero territory. In the video, the Australia opener is seen standing on a ground, before "summoning" his bat, which comes flying to his hand from a distance before the screen turns dark and there is lightning all around, like Chris Helmsworth's Thor in the Avengers movies. The left-hander captioned the video with some laughing emojis and wrote "acting horrible but result pretty good thoughts??"

It all started with his dance to the Bollywood hit song "Sheila ki Jawaani" with his daughter Indi. And since then, he has been unstoppable, despite several of his teammates trolling him for his videos.

"I would say you've officially lost it but not sure you ever had it Bull," Johnson had commented on a video which showed Warner 'pumping up the jam' -- if one can call it that.

During a chat on KKR's Twitter handle, when asked about Warner's TikTok videos, Pat Cummins, said "you are enjoying them are you?

"But I'll tell you what, if we can back on tour and he's trying to put me into the leotard to fit in the video, I am not going to yes," Cummins said.