David Warner Wishes Jr NTR On His Birthday By Dancing To His Song. Watch

David Warner has been on action on social media, churning out all kinds of stuff which also involve wife Candice and the kids. 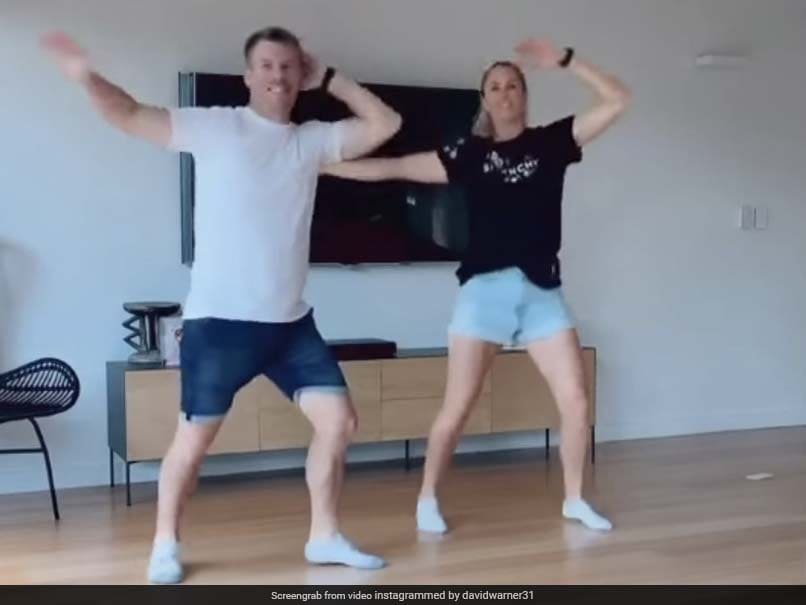 David Warner has been unstoppable on social media platforms during the lockdown. Warner has been entertaining his fans regularly by sharing fun videos on all his social media platforms. In the latest TikTok video shared by him on Instagram, David Warner and his wife Candice Warner can be seen dancing to "Pakka Local" a Telugu song featuring actor Jr NTR as a gift to him on his birthday. Warner in the caption of his Instagram post wrote, "Happy birthday @jrntr have a great day. We tried but wow the dance is fast". David Warner has over 3 million followers on Instagram at the moment.

Happy birthday @jrntr have a great day. We tried but wow the dance is fast ???????? @candywarner1 #jrntr #birthday #fun #dance

David Warner is one of the best opening batsmen in the world at the moment. Warner has been an integral part of the Australian team and has been in good form since his return to the side after the sandpaper gate controversy. The Australian batsman has played 123 ODIs and 83 Test matches for his country. He has featured in 79 T20Is as well.

David Warner has been a part of the SunRisers Hyderabad since 2014 and has been consistent with his performances. In his IPL career, David Warner has played 126 matches and has scored 4,706 runs with an average of 43.17 and a strike rate of 142.39. Warner has also smashed 4 centuries in the cash-rich league. The left-handed batsman was supposed to lead the SunRisers Hyderabad in the upcoming edition of the Indian Premier League. However, the Board of Control for Cricket in India (BCCI) postponed the 13th edition of the IPL as a safety measure against the coronavirus pandemic.