With cricket activities halted, David Warner is utilising the time to sharpen his dance moves, as is evident from his social media posts. 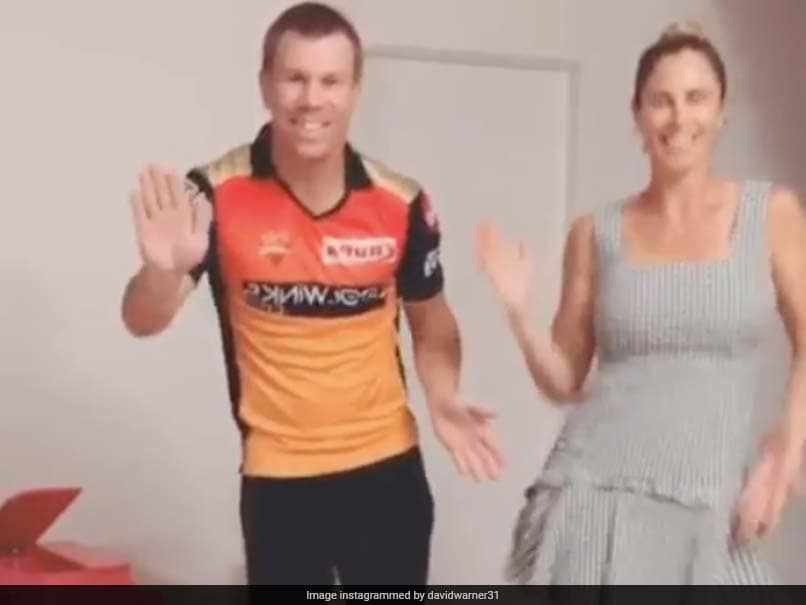 David Warner and his family can be seen dancing to a Telugu song in the video.© Instagram

SunRisers Hyderabad captain David Warner has been entertaining his fans on social media regularly. Warner keeps posting TikTok videos of himself with his family. In his latest Instagram post, David Warner with his wife Candice can be seen dancing to a Telugu song where his daughter also made a cute appearance during the video. In the video, the Aussie batsman can be seen wearing the SunRisers Hyderabad jersey. Warner in the caption of the post wrote, "It's TikTok time #buttabooma get out of your comfort zone people lol @candywarner1".

The Australian opening batsman has been spending time with his family as the world fights battles against the coronavirus pandemic. All sporting events across the globe have come to a halt. Warner was supposed to lead the SunRisers Hyderabad in the upcoming edition of the Indian Premier League. However, this year's IPL has been postponed indefinitely due to the coronavirus threat.

David Warner has featured in 126 matches in the IPL. The left-hander has scored a staggering 4706 runs in the cash-rich league with an average of 43.17 and a strike rate of 142.39. Warner has 4 IPL centuries and 44 half-centuries to his name as well.

The left-handed batsman has been in top form for Australia in all three formats of the game. Earlier in the year, David Warner had smashed a brilliant century and helped his team win the first ODI against India in the three-match ODI series.

During the series, David Warner's strike rate was 111.45 which was also the highest when compared with other batsmen in the series.