SunRisers Hyderabad have contributed Rs 10 crore to fight the coronavirus pandemic that has enveloped India. 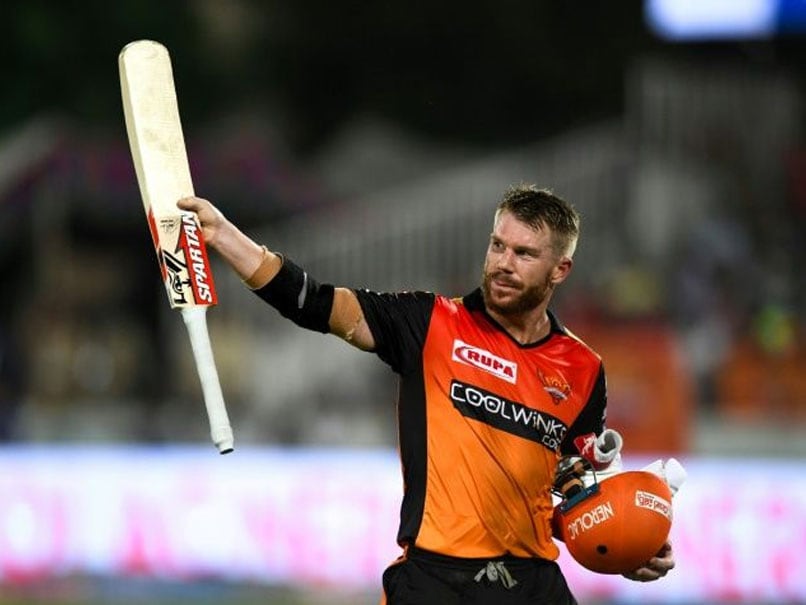 David Warner led SunRisers Hyderabad to a title back in 2016.© AFP

David Warner, the SunRisers Hyderabad (SRH) captain, took to Twitter and lauded his franchise for donating a sum of Rs 10 crore in the fight against coronavirus in India. The official announcement was made on team's Twitter handle. Many players, athletes and sports federations from around the world have contributed to the fight against the coronavirus threat to help their respective countries. The Board of Control for Cricket in India (BCCI) had also donated a sum of Rs 51 crore to the PM Cares Fund to help the country.

The SRH became a part of the Indian Premier Leagueback in 2012 after the removal of the Deccan Chargers team. Since 2012, SRH won their first IPL title back in 2016 under the leadership of David Warner. The Australian opening batsman led his team from the front and smashed 69 runs off 38 balls with a strike rate of 181.57.

SunRisers Hyderabadmanaged to reach the final of the 2018 edition of the IPL but lost to MS Dhoni-led Chennai Super Kings. This was Chennai's first title victory after serving their two-year ban. The Chennai Super Kings is one of the most successful teams in the Indian Premier League.

Sunrisers Hyderabad Cricket
Get the latest updates on IPL Auction 2023 and check out  IPL 2023 and Live Cricket Score. Like us on Facebook or follow us on Twitter for more sports updates. You can also download the NDTV Cricket app for Android or iOS.