David Warner Swings Bat Like A Sword, Asks Fans If He's "As Good As Ravindra Jadeja"

David Warner shared a throwback video about a shoot for SunRisers Hyderabad where he is wielding the bat like a sword. 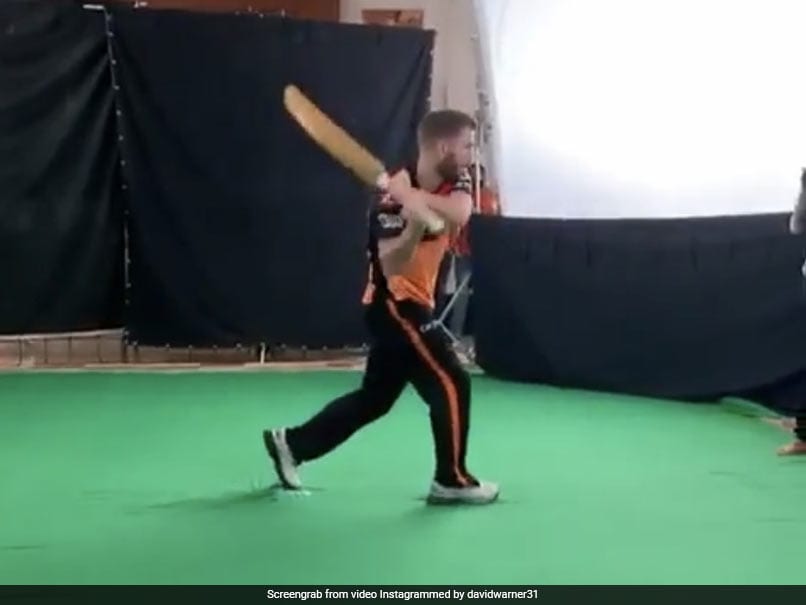 David Warner, the Australian opening batsman, has been finding ways to keep his fans entertained on social media. The Australian batsman who plays for the SunRisers Hyderabad in the Indian Premier League shared a new video on his Instagram handle.The video is from last year in which David Warner can be seen swinging the bat like a sword for a commercial in a behind the scenes video and bursts into laughter after the director says cut. The Aussie captioned the post saying, "Throwback to this time last year to a commercial we were doing for @sunrisershyd Do you think I've got @royalnavghan covered for the sword?".

Throwback to this time last year to a commercial we were doing for @sunrisershyd Do you think I've got @royalnavghan covered for the sword?? ????????

The left-handed batsman has been spending time at home much like other sports personalities. Warner has been in good form for his team since the start of the year. He smashed 128 runs in a One Day International against India which took place at the Wankhede Stadium in Mumbai. However, India went on to win the three-match ODI series 2-1 against the Aussies at home.

Warner much like other cricketers from across the globe will be itching to get back to the cricket field. Recently, SunRisers Hyderabad had announced that David Warner will be containing the side in the upcoming edition of the IPL.

However, it is yet to be seen if the IPL begins from the revised date of April 15, 2020, as India battles against the coronavirus pandemic.

Back in 2018, Warner had been removed from the captaincy after the sandpaper gate came to light. He was banned by Cricket Australia from participating in any form of professional cricket for 12 months. Warner returned to the Australian team just in time for the 2019 World Cup.

Ravindra Jadeja Cricket
Get the latest updates on ICC T20 Worldcup 2022 and CWG 2022 check out the Schedule, Live Score and Medals Tally. Like us on Facebook or follow us on Twitter for more sports updates. You can also download the NDTV Cricket app for Android or iOS.