David Warner went back to the time when his IPL franchise SunRisers Hyderabad won the title in 2016. 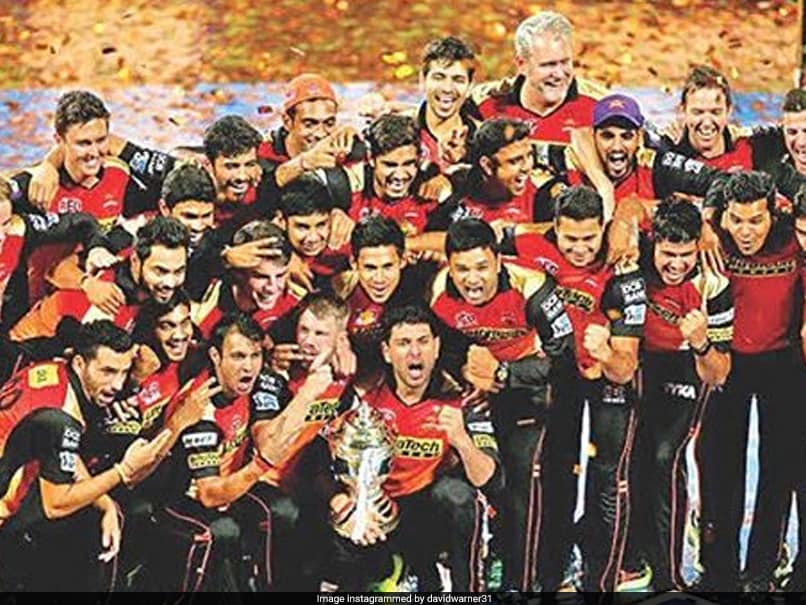 SunRisers Hyderabad lifted the IPL trophy in 2016 by beating Royal Challengers Bangalore in the final.© Instagram

David Warner, who plays for the SunRisers Hyderabad (SRH) in the Indian Premier League (IPL), took to Instagram on Thursday to reveal his favourite moment from IPL. David Warner posted a picture of SRH lifting the IPL trophy and called the team his "Indian Family". "My favourite IPL moment would have to be this for sure. My Indian family @SunRisers," David Warner captioned the picture on Instagram. The Hyderabad-based franchise had lifted the trophy in 2016 after beating Royal Challengers Bangalore in the final.

My favourite IPL moment would have to be this for sure. My Indian family @sunrisershyd

On Tuesday, Warner had shaved his head in support of all those people who are working relentlessly on the frontline in the battle against coronavirus.

The deadly virus has brought the sporting world to a grinding halt. India's three-match One-day International series against South Africa was called off before the 2020 IPL was postponed until April 15 due to the COVID-19 pandemic.

In a bid to curb the spread of the coronavirus in India, Prime Minister Narendra Modi announced a 21-day nationwide lockdown.

Incidentally, the 21-day nationwide lockdown is scheduled to get over on April 15.

Rajasthan Royal's Executive Chairman on Wednesday said that the franchise is open to a shortened IPL with "only Indian players."

On March 24 Tokyo Olympics were postponed by a year as a precautionary measure against the ongoing health crisis.

The coronavirus pandemic has infected more than 9,00,000 people worldwide and the virus has taken over 47,000 lives across the world.

David Warner IPL 2020 Cricket
Get the latest updates on India vs South Africa and check out  Schedule, Results and Live Score. Like us on Facebook or follow us on Twitter for more sports updates. You can also download the NDTV Cricket app for Android or iOS.