Pat Cummins was in splits when asked about David Warner's antics on TikTok. 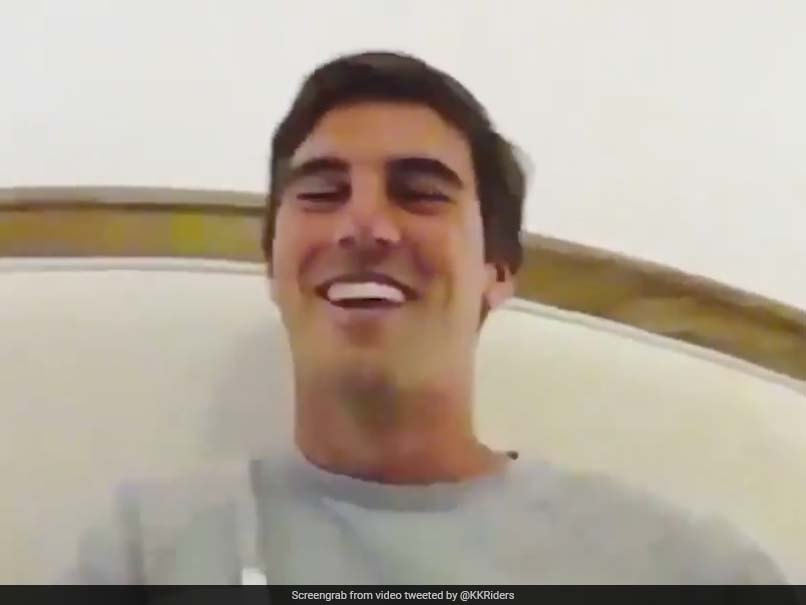 David Warner has been a man on a mission. The Australian cricketer has shared a slew of TikTok videos on his official Instagram page. Having asked fans for help after his first TikTok video, Warner took matters into his own hands and went on a video-sharing spree, which ranged from singing famous songs to even dancing to Katrina Kaif's blockbuster 'item number'. While some fans have loved every bit of Warner's non-cricketing skills, a few others like teammate Chris Lynn have taken this opportunity to troll the left-hander.

Pat Cummins too was left in splits by Warner's antics and made it clear that he won't be seen doing that.

When asked about Warner's TikTok videos, Pat Cummins, said "you are enjoying them are you?

"But I'll tell you what, if we can back on tour and he's trying to put me into the leotard to fit in the video, I am not going to yes."

Probed further and told "you would be worried if he brings a leotard to tour", Cummins said: "Yeah, that's a good point. He probably will."

Have y'all been watching @davidwarner31's #TikTok videos?

Pat Cummins, who is the number one-ranked Test bowler in the world, recently revealed that India's middle order batsman Cheteshwar Pujara is the "toughest batter to bowl to".

During a Q&A session on Australian Cricketers Association's (ACA) official Instagram handle, Cummins was asked who he thought was the toughest batsman to bowl to.

"There are a lot of them out there, unfortunately. I am going to go with someone a little different, who was a real pain in the backside for us last summer -- Pujara for India.

"He was an absolute rock for them that series, really hard to get out, just ultra concentration all day, day after day. He is the hardest one in Test cricket, so far, I think," said the 26-year-old pacer.