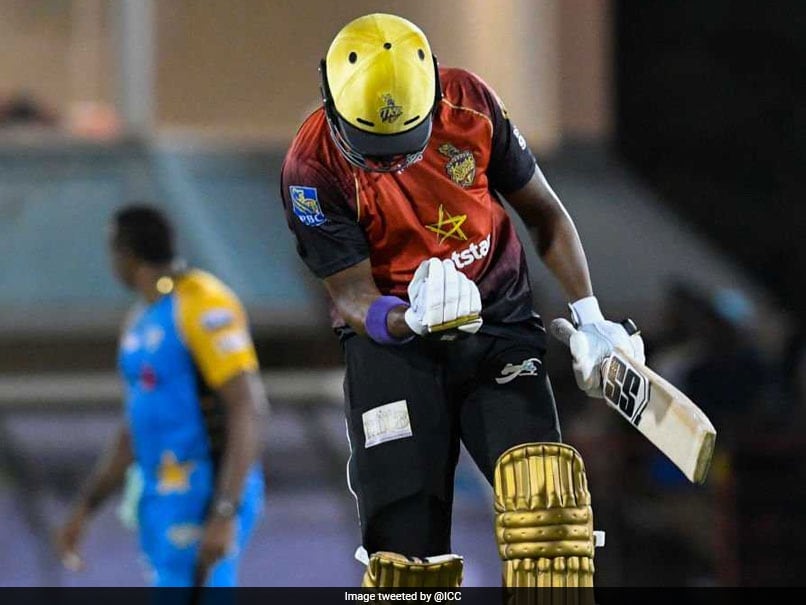 Darren Bravo played a match-winning knock on Friday to help Trinbago Knight Riders defeat St Lucia Stars by 5 wickets in the Caribbean Premier League (CPL) 2018. Bravo smashed a quick-fire 94 from 36 balls to help the defending champions chase down the target of 212 runs with one ball to spare. Bravo's knock was laced with six boundaries and 10 hits over the fence. The highlight of Bravo's knock came against St Lucia Stars skipper Kieron Pollard's over. He smashed Pollard for four sixes on a trot before taking a double and ending the over with his fifth six.

Asked to bat, St Lucia Stars had put up a massive total of 212/2 on board. David Warner, on his CPL 2018 debut remained unbeaten on 72 runs from 55 balls, while Rahkeem Cornwall (53) and Kieron Pollard (65 not out) notched up a half-century each for the losing cause.

For St Lucia Stars, Shannon Gabriel and Javon Searles scalped a wicket each. In the chase for Trinbago Knight Riders, alongside Bravo, Brendon McCullum starred with the bat scoring 68 runs from 42 balls.

Rahkeem Cornwall and Mitchell McClenaghan scalped two wickets each for St Lucia Stars. The match also recorded 34 sixes -- which is the most ever in T20s.