India are 0-2 down against England in the five-match Test series heading into the third Test at Trent Bridge. 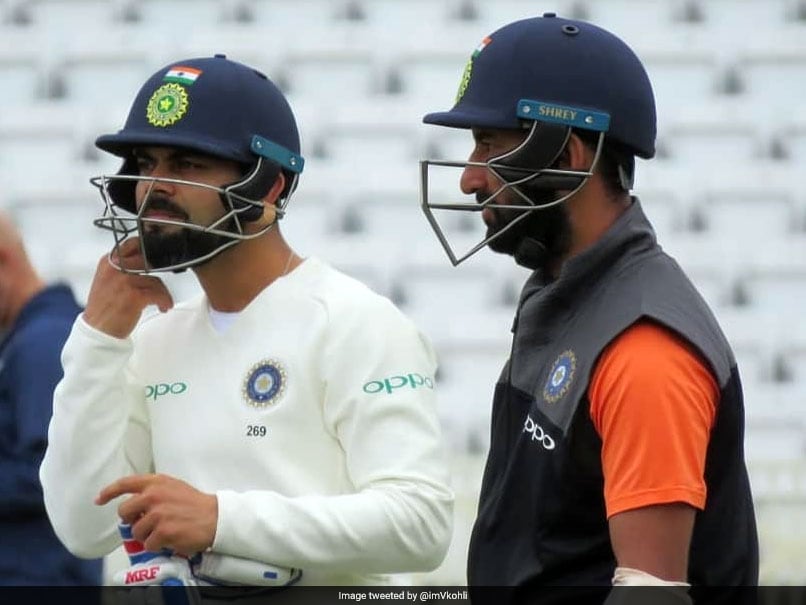 India will hope that captain Virat Kohli is fit after being plagued by back trouble at Lord's.© Twitter

India skipper Virat Kohli was a content man on Thursday. The Indian run-machine took to Twitter and said that the Indian team had a "great day at training today" and that he was "looking forward to the next game". India go into the third Test at Trent Bridge looking to save the five-match Test series. The visitors suffered a humiliating innings and 159 runs at Lord's as England took a 2-0 lead. Kohli and Team India were slammed by the Indian fans for their meek surrender and will be hoping for a turn around in Nottingham. The third Test starts on Saturday.

Great day at training today. Looking forward to the next game. pic.twitter.com/RSvnH4EZdm

England found a new hero with Chris Woakes slamming an unbeaten century and ending with match figures of four for 43, including the key wicket of Virat Kohli in the first innings.

However, England selectors have a problem of plenty. Ben Stokes, England's premier all-rounder, was added to a 13-man squad for Trent Bridge just hours after his acquittal on a charge of affray at Bristol Crown Court on Tuesday.

England are unlikely to drop Woakes after his Lord's heroics and it would be extraordinary if Stokes is omitted from the playing XI. After all, it was only earlier this month that Stokes took four wickets as England completed a 31-run win in the first Test at Edgbaston, before a clash of dates with his trial saw him omitted at Lord's.

Meanwhile, India have selection problems of their own with the batsmen, barring Kohli, continuing to have a torrid time in England. The opening slot is especially a headache for India with Murali Vijay, KL Rahul and Shikhar Dhawan failing miserably in both the Tests so far.

Kohli and Ravichandran Ashwin have been the standouts in a dismal campaign in the Test series so far. The Indian captain will be hoping some of his other teammates can put their hand up and dig the team out of a hole.

Chris Woakes Trent Bridge, Nottingham England vs India, 2018 England vs India, 3rd Test Cricket
Get the latest updates on India vs South Africa and check out  Schedule, Results and Live Score. Like us on Facebook or follow us on Twitter for more sports updates. You can also download the NDTV Cricket app for Android or iOS.