Ben Stokes faces an internal disciplinary inquiry by the Cricket Discipline Commission (CDC) following his acquittal by unanimous decision of a jury on Tuesday. 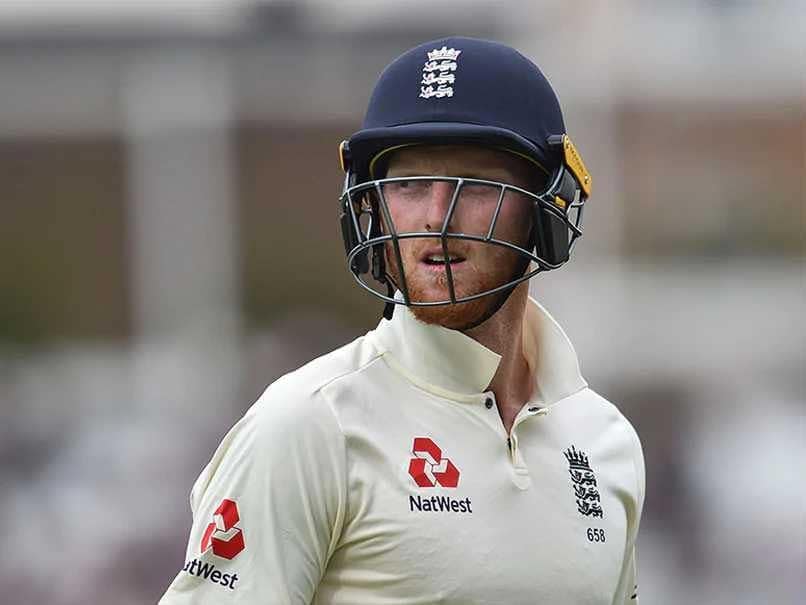 Ben Stokes' inclusion in the squad came a day after England named their 13-man squad.© AFP

England star Ben Stokes may have been cleared of affray but former cricket luminaries while agreeing his behaviour was well below that expected of a man seen by many as a role model are divided as to whether he should face further punishment. The 27-year-old New Zealand-born all-rounder faces an internal disciplinary inquiry by the Cricket Discipline Commission (CDC) following his acquittal by unanimous decision of a jury on Tuesday. Former Derbyshire batsman and qualified solicitor Tim O'Gorman is heading the investigation.

Stokes's team-mate Alex Hales -- who was with him during the late night brawl outside a club in Bristol, southwest England, last September but was not charged -- will also face the enquiry.

However, former England captains Mike Atherton and Nasser Hussain whilst both abhorring his behaviour are at odds with each other as to whether he should be punished further.

"With a not-guilty verdict, the way forward seems, to me, to be clear enough and should not involve further punishment," Atherton writes in The Times.

Atherton, who captained England in 54 of his 115 Test matches, conceded Stokes's heavy drinking that night and what ensued afterwards "is not exactly acceptable behaviour for an England player during international duty".

"There are clauses in an England cricketer's contract -- such as bringing the game into disrepute -- that could yet result in punishment," the 50-year-old commented.

"Although Stokes was never formally suspended from the England team, his non-selection for the Ashes came about clearly as a result of the events in Bristol.

"He missed the most high-profile series in which an England cricketer can play, essentially a six-month ban."

Hussain, capped 96 times and captained England 45 times till stepping down from the post in 2003, argued differently saying the images caught on CCTV cannot just be ignored and the governing body the England and Wales Cricket Board (ECB) have to act.

"Some people would argue that Ben Stokes has had it tough, and has served his time in missing the Ashes, but I see it differently," he told The Daily Mail.

"The ECB should not now take the easy option.

Former England spinner Vic Marks says in The Guardian there is no doubt Stokes "brought the game into disrepute" on a "feral night out" which does nothing to promote the image of the game the ECB wants to display to families.

Marks draws comparison between Stokes and a superstar all-rounder of another era and one he played with in the great Somerset side of the 1970's and 80's, Ian Botham.

"The very best cricketers often ooze invincibility; they are never out and never wrong," wrote Marks.
"They feel invulnerable, capable of dominating any situation.

"I have witnessed this at close quarters when playing alongside Ian Botham."

Marks, who played six Tests and 34 One Day Internationals for his country, says Stokes, though, suffers from being a star in a time when social media can destroy you within seconds but compares the professionalism these days of sports stars management teams to those in Botham's day.

"In Botham's era the backroom staff were not so sophisticated," observed Marks.

"He once had an agent, Tim Hudson, whose response to an allegation about Ian smoking cannabis was famously, "Doesn't everyone?"

"Ponting had his moments of madness in bars as a young Australian cricketer and was dropped in 1999 after an incident in Sydney which left him unconscious in the early hours of the morning," writes Marks.

"He was not required to go to court but he acknowledged a problem with alcohol and his off-field behaviour, and with appropriate help he resolved it before going on to have the most brilliant of careers."

Ben Stokes England vs India, 2018 Trent Bridge, Nottingham England vs India, 3rd Test
Get the latest updates on Fifa Worldcup 2022 and check out  Fifa World Cup Schedule, Stats and Live Cricket Score. Like us on Facebook or follow us on Twitter for more sports updates. You can also download the NDTV Cricket app for Android or iOS.