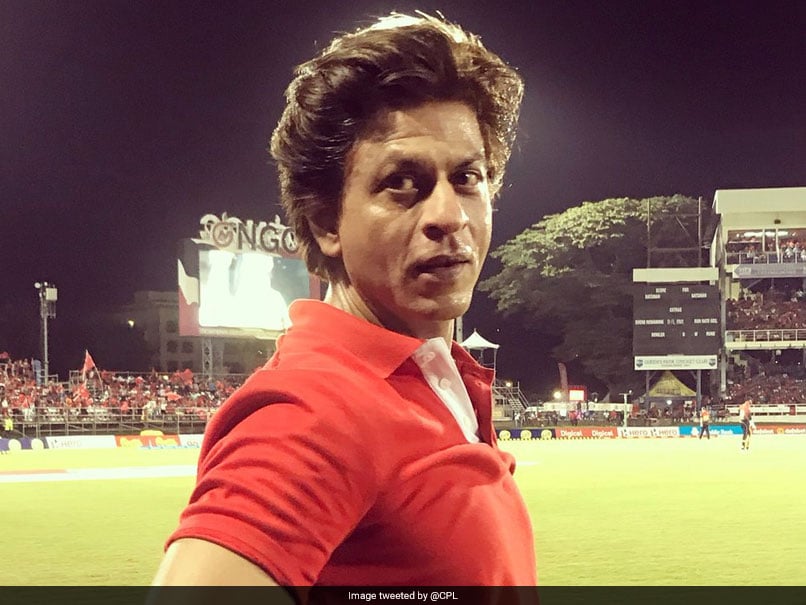 Shah Rukh Khan was in the stadium for the Trinbago Knight Riders vs St Lucia Stars CPL match.© Twitter

Shah Rukh Khan is currently in the Caribbean enjoying the CPL 2018 Twenty20 tournament. The Bollywood superstar, who owns the Trinbago Knight Riders, was present at the Darren Sammy National Cricket Stadium in Gros Islet, St Lucia to witness his team take on St Lucia Stars. However, ahead of the match, Shah Rukh Khan put on his dancing shoes and showed off some of his skills, much to the joy of the cheerleaders, who immediately joined in. Shah Rukh's night only got better as his team, Trinbago Knight Riders, beat St Lucia in a thrilling finale to register their second win in four matches.

Darren Bravo put on a show for the fans, smashing an unbeaten 36-ball 94 to take his team to victory with one ball to spare. The West Indian left-hander was ably supported by Brendon McCullum (68 from 42) as Trinbago chased down the 213-run target.

A world-record 34 sixes sailed into the stands in the CPL match at the Daren Sammy Cricket Ground on Thursday night.

The Knight Riders had been on the receiving end when Andre Russell brought Jamaica Tallawahs back from the dead back in game three, but produced their own resurrection in St Lucia.

Kieron Pollard, Rahkeem Cornwall and David Warner all made half-centuries to lift the Stars to 212 for two, and they appeared to have the game in the bag when the Knight Riders went into the last five overs of the run-chase needing another 85 runs for victory.

But Darren Bravo smashed five sixes from Pollard's final over, with McCullum taking up the charge in the next over as four more balls went to or over the boundary. In no time, 53 of the 85 required had come from just 12 deliveries.

Darren Bravo was there at the end to see his side cross the finish line when Denesh Ramdin smashed the fifth ball of the final over for the 34th and final six of the night.

Brendon McCullum Cricket
Get the latest updates on ICC Women's Cricket World Cup 2022 and IPL 2022, check out the Schedule , Live Score and IPL Points Table. Like us on Facebook or follow us on Twitter for more sports updates. You can also download the NDTV Cricket app for Android or iOS.