Pakistan left-arm seamer Sohail Tanvir has been fined 15 per cent of his match fee for making an obscene gesture during a CPL match. 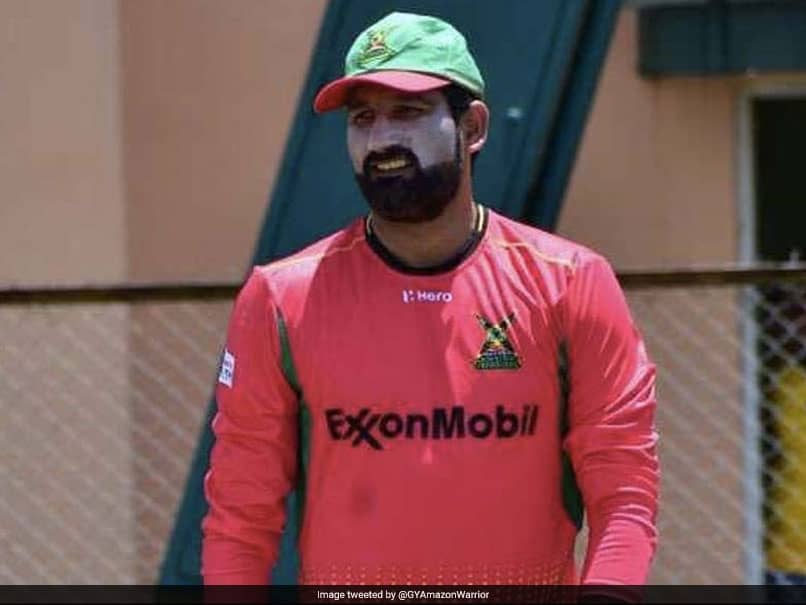 Pakistan left-arm seamer Sohail Tanvir has been fined 15 per cent of his match fee for making an obscene gesture during a Caribbean Premier League 2018 (CPL) match between Guyana Amazon Warriors and St Kitts and Nevis Patriots. The incident occurred in the 17th over of the Patriots innings when Ben Cutting was dismissed by Tanvir. The Pakistani bowler sparked off a controversy when he gave an unruly send-off to the Australian all-rounder.

"The player has accepted the sanction that was handed down to him by match referee, Denavon Hayles," a release from CPL said.

#CPL2018 Sohail Tanvir bowls Ben Cutting after being hit for a six the previous delivery, then gives him the double finger!! Shocker! Has to be some sanction from that..kids watching. That said appears anything goes these days pic.twitter.com/vMLpUEdVdb

Tanvir's gesture was heavily criticised on the social media.

Australian cricketers Chris Lynn, who is representing Trinbago Knight Riders in the CPL 2018, and Gurinder Sandhu also slammed Tanvir for his "pathetic" behaviour.

Pathetic send off from Tanvir #CPLT20

Pathetic send off from Tanvir #CPLT20

Shimron Hetmyer smashed an unbeaten 79 from 45 balls to steer Guyana Amazon Warriors to a comfortable six-wicket victory over St Kitts and Nevis Patriots at Providence Stadium.

Tanvir, who made his international debut in 2007 against India in Durban, has played 2 Tests, 62 ODIs and 57 T20Is for Pakistan.

Tanvir last played in international colours in 2017 against West Indies in Port of Spain.