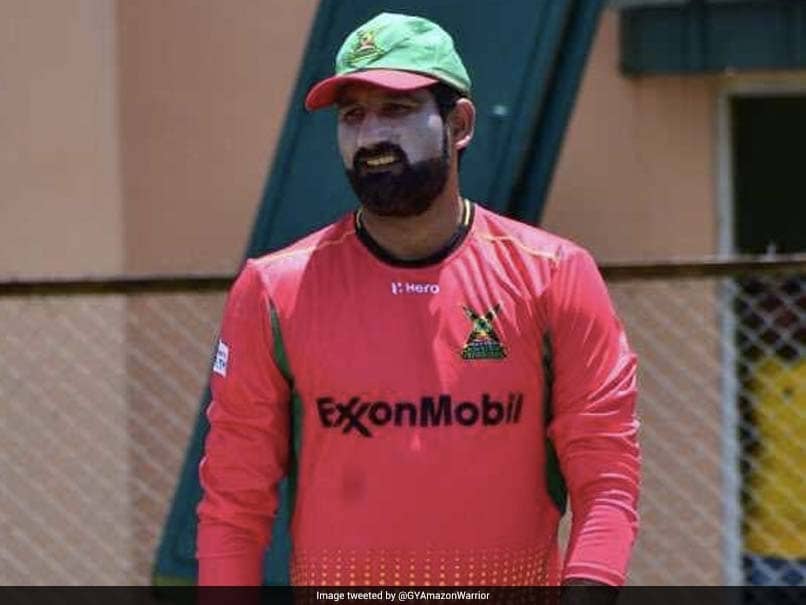 Sohail Tanvir made an obscene gesture after dismissing Ben Cutting in CPL 2018.© Twitter

Pakistan left-arm seamer Sohail Tanvir sparked off a controversy when he gave a double-finger send-off Australian batsman Ben Cutting during a Caribbean Premier League (CPL) match. The incident occurred during the game between Guyana Amazon Warriors and St Kitts and Nevis Patriots. Guyana's Tanvir bowled St Kitts' Cutting and then gave him a double-finger send-off which was caught on camera.

#CPL2018 Sohail Tanvir bowls Ben Cutting after being hit for a six the previous delivery, then gives him the double finger!! Shocker! Has to be some sanction from that..kids watching. That said appears anything goes these days pic.twitter.com/vMLpUEdVdb

The incident took place in the 17th over of the first innings after Sohail Tanvir bowled Ben Cutting (15).

The incident created storm on social media as Tanvir was heavily criticized for his uncalled for actions. Australian opener Chris Lynn, who is playing for Trinbago Knight Riders in the league, criticized the gesture from Tanvir.

Another Australian pacer Gurinder Sandhu too criticized the on-field behaviour from the Pakistani bowler.

Although Tanvir's Guyana Amazon Warriors won the match comfortably by six wickets but the send-off controversy became the unwanted highlight of the game.