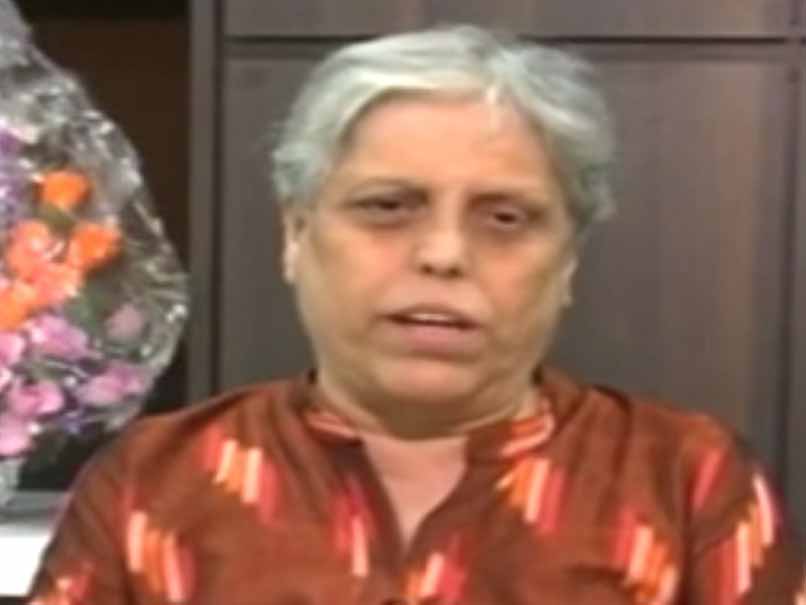 Diana Edulji is a former captain of the Indian women's cricket team.© NDTV

Former Indian women's cricket team captain Diana Edulji was on Monday named as one of the four administrators by the Supreme Court to run the daily affairs of the Board of Control for Cricket in India (BCCI). Edulji, along with former Comptroller and Auditor General (CAG) Vinod Rai, IDFC Managing Director Vikram Limaye and historian Ramachandra Guha will now take charge of the BCCI, a few weeks after the board's president Anurag Thakur and secretary Ajay Shirke were removed by the top court following their inability to implement the Justice Lodha Panel reforms in toto.

Edulji, who was born in Mumbai, is a former Indian cricketer and had captained the women's team for a long period of time during the career. A slow left-arm orthodox bowler, she played domestic cricket for Railways, before being selected for the national team.

"All the roadblocks are gone and the names have been chosen by the Supreme Court for the betterment of the sport," Edulji told NDTV on Monday, following her appointment as a BCCI administrator.

"Let's hope that the glory of the BCCI is restored," she added.

Edulji made her international debut in 1976, and was made captain of the team in 1978, leading the first women's ODI side during the year. During her international career, she went on to pick 63 wickets in 20 Test matches and 46 wickets in 34 ODIs. Her final Test appearance came in 1991, while her last ODI match was in 1993.

In 1983, she was conferred with the prestigious Arjuna Award. She was also awarded the Padma Shri in 2002. Edulji also has experience in sports administration, having worked as a senior sports officer with Western Railway.

Comments
Topics mentioned in this article
Cricket BCCI
Get the latest updates on ICC T20 Worldcup 2022 and CWG 2022 check out the Schedule, Live Score and Medals Tally. Like us on Facebook or follow us on Twitter for more sports updates. You can also download the NDTV Cricket app for Android or iOS.