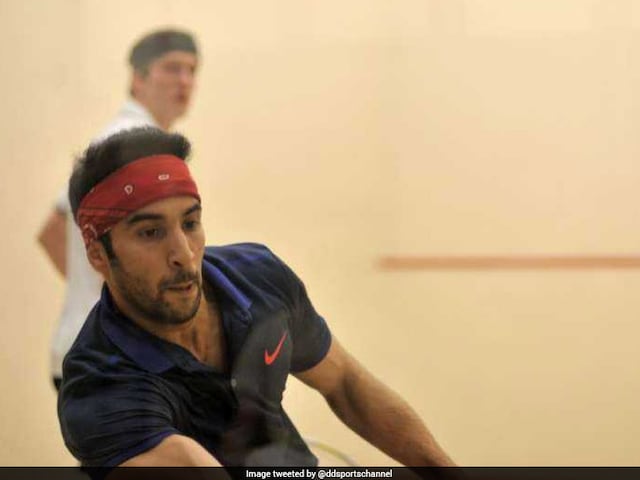 India's campaign in the men's singles squash event at the 2018 Commonwealth Games ended in a whimper after Vikram Malhotra became the latest casualty in the category. Malhotra lost 6-11, 11-8, 6-11 and 6-11 (1-3) to Nick Matthew of England in a Round of 16 match at the Oxenford Studios on Friday. The Englishman dominated from the outset, easily winning the first game. The Indian squash player fought back in the second and after taking a comfortable lead early, held on to win the game 11-8.

Despite showing some fight in the third and fourth games, Malhotra was outgunned by the Englishman 6-11, 6-11 to bow out of the quadrennial tournament.

On Thursday, Harinder Pal Sandhu and Saurav Ghosal suffered loses in their respective men's singles Round of 32 matches.

"It's hard because this is the biggest thing for us squash players and I planned a lot over the last year and put in a lot of hard work. Obviously it hasn't worked out and it's something I have to live with for the rest of my life," a dejected world No.13 Ghosal said after the loss.

"It wasn't the best match to play from the first point. It was not the way I was taught to play squash. I guess you have to find a way whatever circumstances you are in, but I couldn't find that way to win," he added.

Meanwhile, Indian weightlifters continued to shine in the 2018 Commonwealth Games. After Mirabai Chanu won the gold in women's 48kg category and Gururaja claimed the silver, Sanjita Chanu clinched India's second gold of the 2018 Games by winning the women's 53kg event. Deepak Lather gave the country it's fourth weightlifting medal with a bronze in men's 69kg event.

(With Inputs From IANS and PTI)

Comments
Topics mentioned in this article
Squash India CWG 2018
Get the latest Cricket news, check out the India cricket schedule, Cricket live score . Like us on Facebook or follow us on Twitter for more sports updates. You can also download the NDTV Cricket app for Android or iOS.