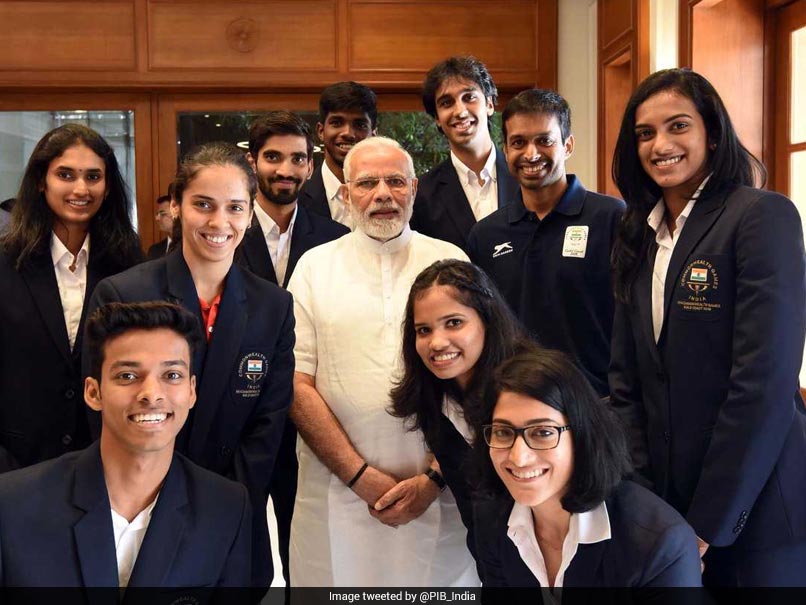 India finished third with 66 medals in the CWG 2018© Twitter

Prime Minister Narendra Modi on Monday met and congratulated the medal winners at the Gold Coast Commonwealth Games. PM Modi also complimented those who could not win medals but had performed creditably. "Accomplishments in the sporting arena inspire everyone. Their sporting feats have raised India's stature. Whenever an Indian sportsperson wins on the global sporting stage, it is the Indian flag that rises," PM Modi said at the event held at his residence. India finished third with 66 medals (26 gold, 20 silver and 20 bronze).

The Prime Minister said the life of a sportsperson can span several decades. He cited the example of Mary Kom, who is winning gold medals even as an MP. He mentioned Pullela Gopichand, who is mentoring many badminton players after an immensely successful career as a player.

PM Modi said that besides talent, training, concentration and hard work, mental toughness was also important for sportspersons. In this context, he mentioned the benefits of yoga.

Minister of State for Youth Affairs and Sports Rajyavardhan Rathore was present at the event.

Comments
Topics mentioned in this article
CWG 2018 Other Sports
Get the latest updates on IPL Auction 2023 and check out  IPL 2023 and Live Cricket Score. Like us on Facebook or follow us on Twitter for more sports updates. You can also download the NDTV Cricket app for Android or iOS.