India won 26 gold, 20 silver and 20 bronze medals to finish behind Australia and England, making it the third most successful Commonwealth Games for the country. 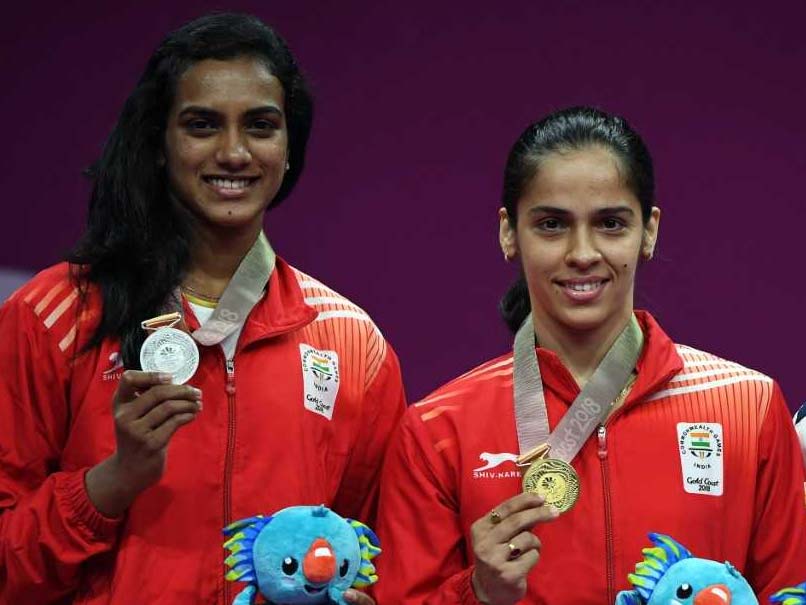 The Indian campaign at the 2018 Commonwealth Games ended with another medal rush as shuttlers took centre stage on the final day in Gold Coast, Australia on Sunday. Day 11 started with Indian badminton queens PV Sindhu and Saina Nehwalsquaring off in the gold medal match while table tennis stars Achanta Sharath Kamal and Manika Batra again shining bright. In all, India won seven medals on the final day, taking its total to 66 medals in 2018 CWG. India won 26 gold, 20 silver and 20 bronze medals to finish behind Australia and England, making it the third most successful Commonwealth Games for the country. India's most successful campaign was in 2010 at the New Delhi Commonwealth Games where the country won a total of 101 medals (38 gold). In 2002 Manchester Games, India won a total of 69 medals with 30 gold, 22 silver and 17 bronze medals.

After that came the epic clash between Saina and Sindhu.

Saina had won the first game comfortably but she was made to work for the title in the second game.

Saina came all guns blazing and looked the more aggressive of the two from the outset. She was able to convert her aggression into points, going into the mid-break of the first game with a handy 11-6 lead.

Sindhu did gradually improve and reduced Saina's lead but the latter held on and took the first game 21-18.

The second game was a complete contrast to the first as Sindhu showed some fire and pegged back Saina with some lethal smashes. She went into the mid-break with an 11-8 lead and seemed the match would go into a decider.

Saina, however, had other ideas as she launched a fierce fightback to eat into Sindhu's lead. She won a marathon rally with a down the line smash to make it 18-19.

Sindhu looked visibly tired and that showed in her play. Saina won her first gold medal point at 21-20 but Sindhu managed to survive.

However, at 22-21, Saina won her second match point and this time Sindhu could not deny her compatriot as Saina sealed the match and the gold.

The focus then shifted quickly to the men's singles badminton final between newly-crowned World No.1 Kidambi Srikanth of India and Malaysian legend Lee Chong Wei.

Srikanth had gotten the better of his more experienced opponent in the mixed team event final where India won gold by beating Malaysia in the final. And this time around too it was expected that the younger Indian would prove too much for badminton veteran.

For the longest time that seemed to be the case as it took Srikanth just eight minutes to go from being 0-4 down to be 10-7 ahead. The Indian shuttler was the better of the two in executing drop shots and even managed to match Lee's ability to mix power with precision.

Lee's lackadaisical approach improved considerably in the second game and he came roaring back to blow the Indian away. The Malaysian superstar drew level by winning the second game 21-14.

Leading 9-5 in the decider, Lee went for a change of racquet and it only got him better results as he grabbed an 11-5 lead to take the psychological upper hand. The smashes that were landing outside in the opening game became just the bit accurate and difficult for the Indian to retrieve.

Lee did show the tendency to take things for granted, exhibiting poor judgement in leaving a shuttle while leading 16-8.

But even at his erratic worst, the Malaysian, who has multiple Olympic silver medals to his credit, was simply unstoppable for the Indian and claimed the match pretty comfortably.

This was Sharath's third medal at the Gold Coast Games. He was a part of the gold medal-winning men's team and also won silver in the men's doubles event.

Squash stars Dipika Pallikal and Joshna Chinappa stepped up to the plate next in hunt to add more gold medals to India's tally. However, that wasn't to be as teh Indian pair went down 0-2 (9-11, 8-11) to New Zealand's Joelle King and Amanda Landers-Murphy in a pulsating 22-minute summit clash at the Oxenford Studios.

And finally it was up to young shuttlers Satwik Rankireddy and Chirag Shetty to give India a golden sign off. But yet again that was not to be the case as the Indian pair lost 13-21, 16-21 in the men's doubles gold medal match that lasted for 39 minutes at the Carrara Sports Arena.

With the loss, Satwik and Chirag settled for the silver medal, bringing an end to India's campaign in the Gold Coast Games.

This meant India ended up with two more medals than the last edition in Glasgow. But what was more heart-warming with respect to the medal's tally was that India almost doubled the number of gold medals from 2014.

In Glasgow, India had won a total of 64 medals (15 gold, 30 silver, 19 bronze) but in Gold Coast they ended with 26 gold medals, finishing in third spot ahead of the likes of Canada and New Zealand.

Comments
Topics mentioned in this article
CWG 2018 India Badminton Saina Nehwal PV Sindhu Other Sports
Get the latest updates on ICC Women's Cricket World Cup 2022 and IPL 2022, check out the Schedule , Live Score and IPL Points Table. Like us on Facebook or follow us on Twitter for more sports updates. You can also download the NDTV Cricket app for Android or iOS.