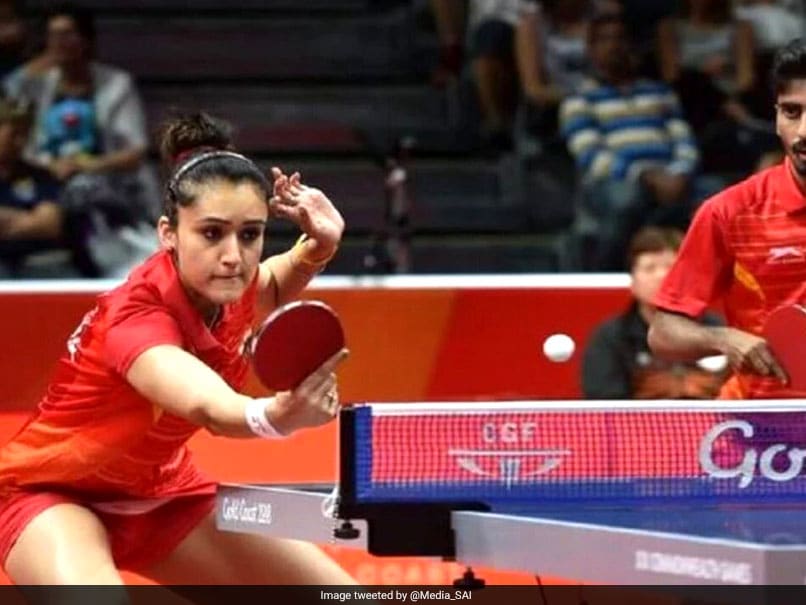 Continuing her glorious run at the 21st Commonwealth Games, Manika Batra on Sunday grabbed her fourth medal after winning the bronze in the mixed doubles table tennis competition in the company of Sathiyan Gnanasekaran. Manika and Sathiyan defeated compatriots Achanta Sharath Kamal and Mouma Das 3-0 (11-6, 11-2, 11-4) in the play-off for the third position at the Oxenford Studios. After winning the women's singles final on Saturday, Batra completed a memorable run at Gold Coast with another flawless performance to become India's most successful athlete at the Gold Coast Games.

Her partner Sathiyan, who hails from Chennai won his third medal after winning gold in the men's team event and silver in men's doubles with Sharath.

On Sunday, the duo of Manika and Sathiyan dominated the veteran pair of Sharath and Mouma, right from the start of the encounter.

After comfortably taking the first game, Manika and Sathiyan were flawless in the second game and didn't allow Mouma and Sharath to claw back into the game.

Already 2-0 up, the story was similar in the third game, which saw Manika and Sathiyan dominating their compatriots throughout to complete the rout.

Comments
Topics mentioned in this article
CWG 2018 India Table Tennis
Get the latest updates on IPL Auction 2023 and check out  IPL 2023 and Live Cricket Score. Like us on Facebook or follow us on Twitter for more sports updates. You can also download the NDTV Cricket app for Android or iOS.