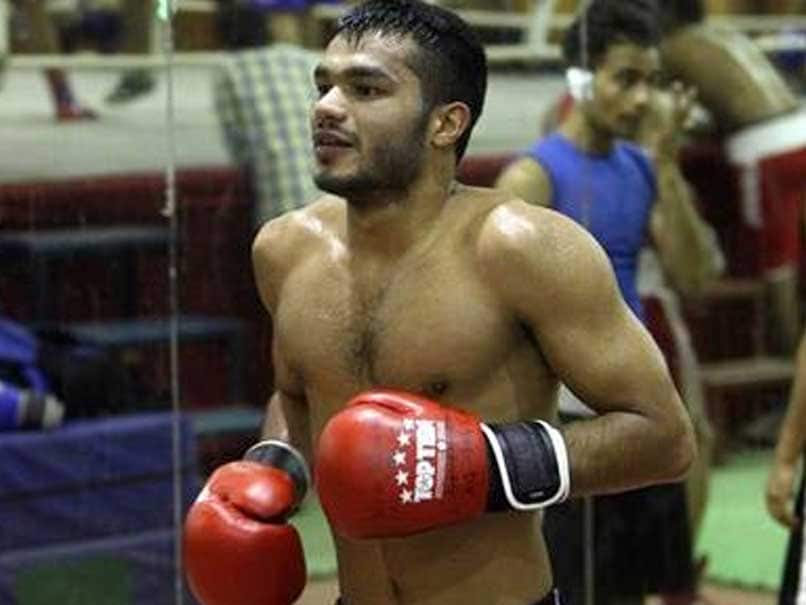 Praising his fellow boxers for their performance at the recently concluded Commonwealth Games, star pugilist and gold medal winner Vikas Krishan Yadav asserted that the Indian squad will improve their medal haul at the Asian Games later this year. India picked up nine boxing medals at the 2018 Commonwealth Games in Gold Coast, Australia, earlier this month. All the eight Indian boxers in the men's categories finished on the podium while five-time world champion M.C. Mary Kom won gold in the women's 48 kg division. Vikas was confident that Indian boxers will put up a much better show at this year's Asian Games than the 2014 edition, although he admitted that the standard will be much tougher than the Commonwealth Games.

"There is no comparison between the Commonwealth Games and the Asian Games. The Asiad is like a mini Olympics. Countries like Thailand, South Korea, Japan, Philippines, Mongolia, China and former Soviet nations like Kazakhstan, Uzbekistan and Turkmenistan are among the stronger nations in world boxing. The Asian Games is going to be much tougher. We will not get such easy competition like the Commonwealth Games," Vikas told IANS.

"But still we should improve our medal haul at the Asian Games, including at least one gold. Last time we got just two medals when Satish and I got bronzes in our respective categories. This time we should get four to five medals," he added.

However, the 26-year-old felt that with all eight Indian boxers among the men reaching the semi-finals of their respective categories, the number of gold medals should have been higher.

Gaurav Solanki, who emerged champion in the flyweight (52kg) division, was the only Indian apart from Vikas to win gold among the men.

"Overall performance was good, but we could have won more gold medals. Manish (Kaushik), Amit (Phangal) and Satish (Kumar) all lost by very small margins in their respective finals. All these finals were extremely close and could have gone either way," the Haryana pugilist said.

"The final bouts that our boxers won, like me and Gaurav Solanki, were by 5:0 margins. But the finals that we lost were by scores like 3:2. So the fact that five of our boxers did so well after reaching their respective finals reveals volumes of our high standards," he added.

Vikas, who won gold in the middleweight (75kg) category in Gold Coast, asserted that he did not face too much of a challenge on his way to the maiden Commonwealth Games title of his career.

"It was not tough for me at all. Everybody was saying that I had a very tough draw, but I did not face too much of a challenge. I had a bit of a trouble in the quarter-finals, but after that I beat three Olympians from the 2016 Rio Games one after the other," the Indian Army boxer said.

"Fighting three Olympians in consecutive bouts is not an easy task. But I registered one-sided victories in each of those bouts," he added.

Comments
Topics mentioned in this article
Boxing CWG 2018 India
Get the latest updates on IPL Auction 2023 and check out  IPL 2023 and Live Cricket Score. Like us on Facebook or follow us on Twitter for more sports updates. You can also download the NDTV Cricket app for Android or iOS.