Vikas also registered a comfortable 5:0 victory over Benny Muziyo of Zambia in the last eight stage of the men's middleweight (75kg) division. 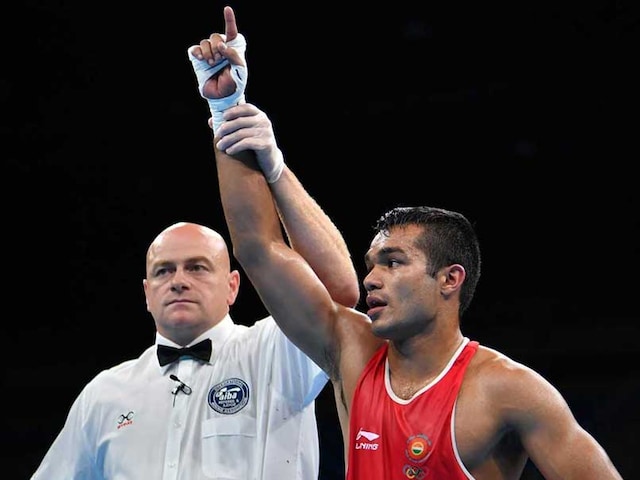 Indian boxers Gaurav Solanki and Vikas Krishan Yadav entered the semi-finals of their respective weight categories at the 21st Commonwealth Games (CWG) at the Gold Coast on Wednesday. Gaurav came up with an impressive performance against three-time Oceania champion Charles Keama of Papua New Guinea to claim a well-deserved, unanimous 5:0 verdict in the quarter-finals of the men's flyweight (52 kilograms) category. Vikas also registered a comfortable 5:0 victory over Benny Muziyo of Zambia in the last eight stage of the men's middleweight (75kg) division. The duo thus confirmed another couple of medals to the Indian tally as every boxer in the last-four stage is assured of a spot on the podium.

Gaurav will fight Vidanalange Ishan Bandara of Sri Lanka in the semi-finals on Friday. Bandara outclassed Thabo Molefe of Lesotho 4:1 in another quarter-final on Wednesday.

Last edition's bronze medallist Reece McFadden of Scotland and Brendan Irvine of Northern Ireland will meet in the other flyweight semi-final.

The Indian youngster had a lot of power in his punches and used his reflexes and a high guard to thwart his experienced southpaw opponent from Papua New Guinea.

The second round followed a similar script with Gaurav penetrating Keama's defence with powerful jabs on several occasions.

Keama came out swinging in the third and last period in an effort to reduce the gap, but Gaurav did well to retaliate in an effective manner and take a well-deserved victory.

Later, Vikas coasted to an easy win over Muziyo.

The African adopted an attacking approach right from the start and Vikas responded by staying just outside his reach and using a higher guard than usual.

The 2014 Asian Games bronze medallist fought well on the counter, regularly finding the gaps and it did not come as a surprise when all the five judges ruled in his favour.

Comments
Topics mentioned in this article
CWG 2018 India Other Sports Boxing
Get the latest Cricket news, check out the India cricket schedule, Cricket live score . Like us on Facebook or follow us on Twitter for more sports updates. You can also download the NDTV Cricket app for Android or iOS.