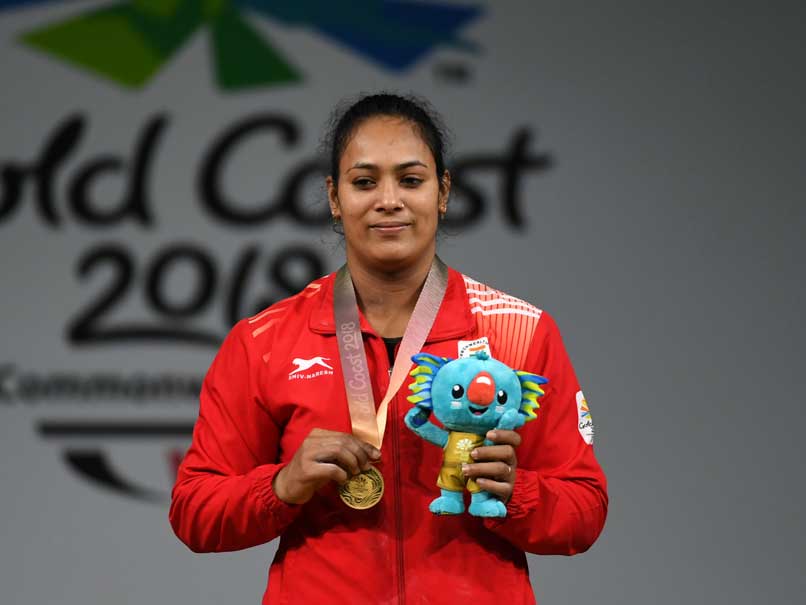 Indian weightlifters continued the medal rush as Punam Yadav won gold in women's 69kg weightlifting event in on-going 21st edition of the Commonwealth Games (CWG) at Gold Coast, Australia on Sunday. The Indian weightlifter, a bronze-medallist from the 2014 Glasgow edition, won the event with a combined lift of 222kg (100kg+122kg). Apart from her, Manu Bhaker also struck gold and took India's CWG gold medal tally to six after a dominating performance in women's 10m Air Pistol finals event. However, Heena Sidhu claimed silver as she bounced back in style from elimination zone early in the second round. The Indian contingent in the Games continued to display solid performances as MC Mary Kom advanced to the semi-final of the women's 45-48kg boxing event and the Indian Table Tennis blanked England in the women's team event to enter the finals event. India's Ravi Kumar bagged the bronze medal in men's 10 metre air rifle shooting competition. Ravi shot a total of 224.1 to finish behind Australian Dane Sampson (245) and Bangladesh's Abdullah Hel Baki (244.7), who won the gold and silver, respectively. Deepak Kumar, the other finalist from India, however, was eliminated from the final. Boxer Vikas Krishnan entered middleweight quarters and the Indian badminton team entered the final of the mixed team event. (India Day 4 Schedule | Medals Tally)

19:30 IST: This is it from us today. Join us tomorrow for more coverage.

18:13 IST: Basketball: India men's team lose 81-96 to Scotland in their preliminary Round Pool B match.

17:08 IST: India's Manika Batra wins 11-7 against Yihan Zhou of Singapore in the first game of the fourth match in the women's team's gold medal tie.

FT. India overpower a resilient Welsh team in the final minutes of their second game in the @GC2018 Commonwealth Games to register a thrilling first win in the competition on 8th April.#INDvWAL #IndiaKaGame #HallaHockeyKa #GC2018 #GC2018Hockey pic.twitter.com/l62fZC91O8

15:47 IST: Weightlifting -- Heartbreak for India as Seema falls out of medal contention in women's 75kg weightlifting after New Zealand's #BaileyRogers successfully lifts 112kg in her second Clean and Jerk attempt. 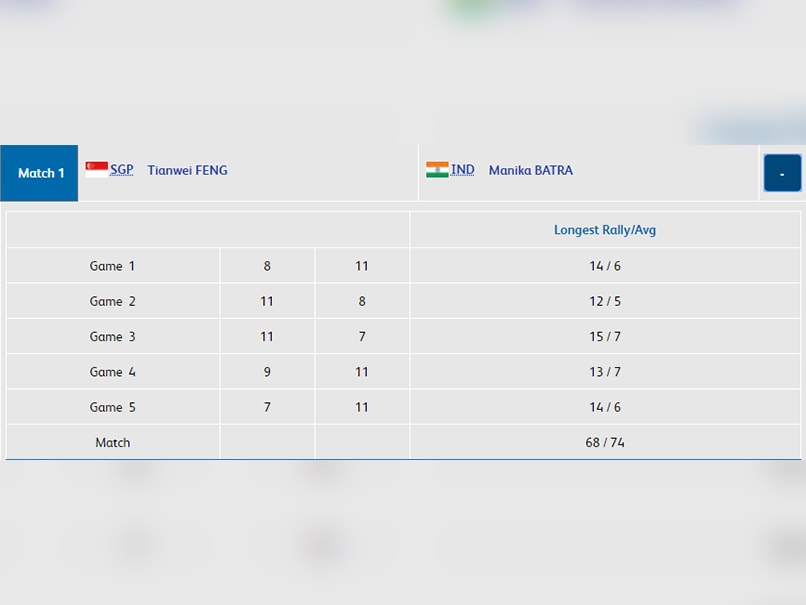 15:30 IST: Meanwhile in the Men's Hockey Pool B match India are tied 1-1 against Wales.

14:42 IST: In Basketball, India lose to New Zealand 55-90 in Women's Preliminary Round Pool B match

14:17 IST: India's Seema is in action in the Women's 75kg weightlifting event.

14:06 IST: New Zealand are running away with the game against India in the women's preliminary round pool B match. The former lead 68-33.

13:10 IST: In Basketball, India take on New Zealand  in Women's Preliminary Round Pool B match.

12:45 IST: Things not looking good for Rakesh Patra, the Indian gymnast is currently last among the five athletes to have got in their scores in men's rings final. 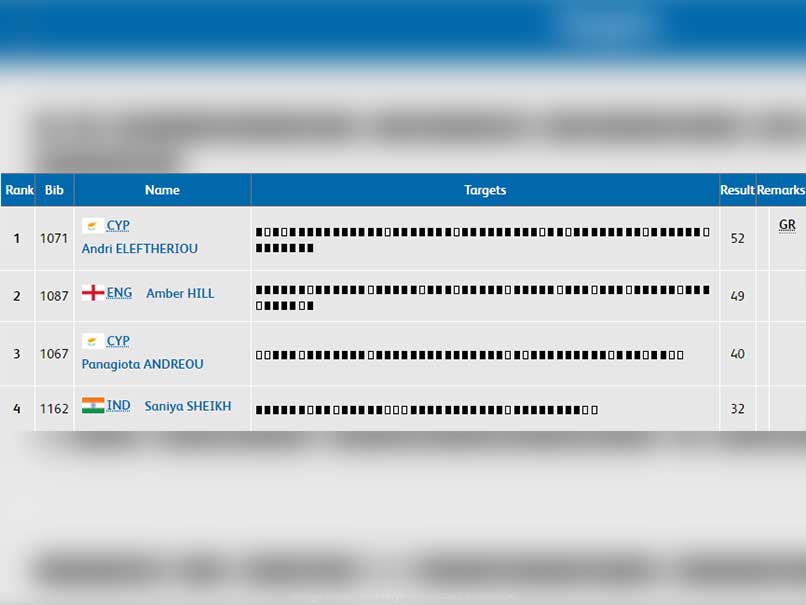 11:10 IST: In Gymnastics, India's Pranati Nayak is in action in Women's vault final.

10:46 IST: As the Snatch round ends, India's Vikas Thakur, at 159 kg, trails Boady Santavy of Canada, who registered a Games record by lifting 168 kg.

10:25 IST: India's Vikas Thakur successfully lifts 152kg in his first Snatch attempt. He made it look so easy!

09:52 IST: Indian boxer Vikas Krishnan through to the quarters with an easy win over Campbell Somerville of Australia in the round of 16 match of Men's 75kg 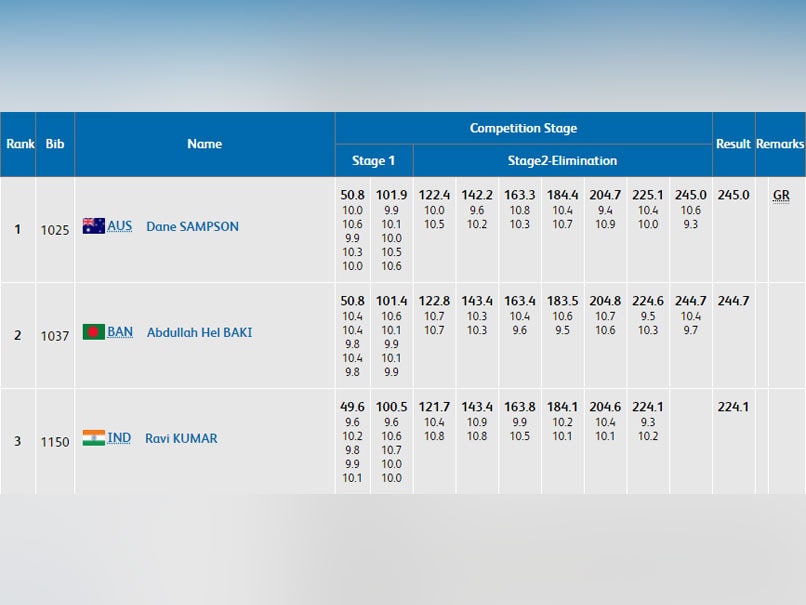 09:30 IST: Indian shooter Saniya Sheikh qualified for the final of the women's skeet event. Saniya shot a total of 71 to finish the qualification stage in the third place. But it was a disappointing outing for her compatriot Maheshwari Chauhan.

09:20 IST: India's Deepak Kumar is eliminated but the good news is that Ravi Kumar is in gold medal position in the men's 10m Air Rifle finals

08:50 IST: In Skeet Men's Qualification, Day 1 -- India's Sheeraz Sheikh finished seventh, while Smit Singh finished 11. The Day 2 of the qualification will be held On April 9

#TeamIndia strikes at the #GC2018 to reach Finals of the #GC2018TableTennis Women's Team Event! 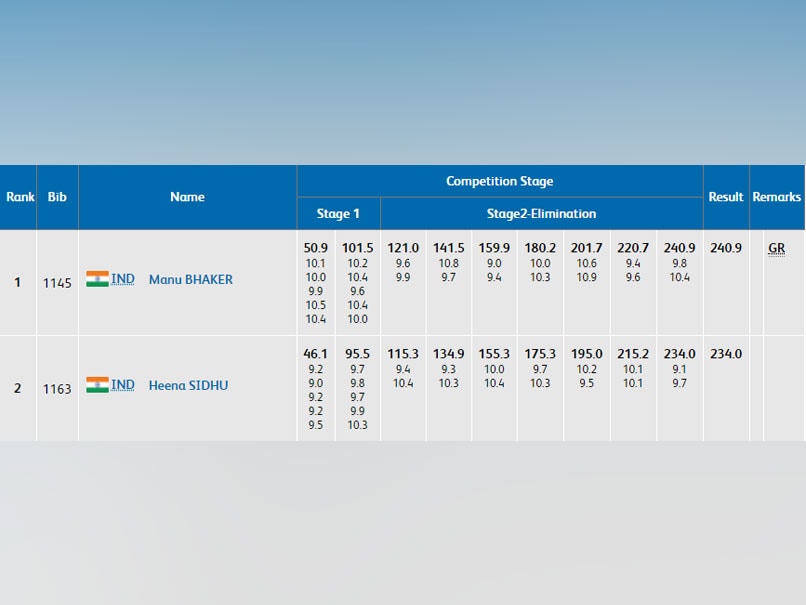 Nobody does it better! #GC2018Hockey
An amazing comeback by #TeamIndia in a game they were trailing 0-1 to #TeamEngland has secured them a top position in Pool A! Winning 2-1, the Indian Eves now face #TeamSA in their final group match! #WellDone @imranirampal & girls.. pic.twitter.com/yNs3L55xN4

07:15 IST: India's Punam Yadav after failing to lift 122kg in her second clean and jerk attempt, successfully lifts 122 kg in her third attempt

07:00 IST: Hello and welcome to the live blog of Day 4 of Commonwealth Games.

The 25-year-old Sathish lifted a total of 317kg (114kg+173kg) and was so ahead of the competition that he forfeited his final clean and jerk lift. The 21-year-old Rahul, who is a Commonwealth Championships gold-medallist, lifted a total of 338kg (151kg+187kg) to finish on top. Their performances despite fitness issues once again highlighted the desperate need for a physiotherapist in the competition area. Accreditation issues have denied physio Aakrant Saxena access to the lifters in the competition area, forcing him to work with them on the sidelines. The Indians bossed the badminton court as well and remained unbeaten en route confirming a semifinal berth. The team at the receiving end of the top seeds' ferocity today was Mauritius, blanked 3-0 by Saina Nehwal and Co. in yet another clinical takedown. Up next for them is Singapore in the semifinals today. Such has been their dominance that the ruling out of top star and captain, PV Sindhu from the competition, owing to an ankle injury, has had no impact on their fortunes. Sindhu is, however, likely to return to action for her women's singles campaign which gets underway on April 11.

The boxers' rampaging run also continued unabated as the veteran duo of L Sarita Devi (60kg) and Manoj Kumar (59kg) advanced to the quarterfinals along with Commonwealth Games debutant Mohammed Hussamuddin (56kg). However, the men's hockey team was a disappointment in its clash against arch-rival Pakistan. After leading 2-1 for 59 minutes, the Indians let in a penalty corner in the final seven seconds to end up with shared honours against a decidedly weaker opponent. Away from the spotlight, both the men's and women's table tennis teams entered the semifinals. Both the teams were up against Malaysia in their respective ties and came out trumps with identical 3-0 margins. However, as was expected, the Indians competing in swimming, gymnastics and cycling could not throw up any medal surprises and remained in the lower ranks of their respective competitions. National champion swimmer Sajan Prakash made the finals of the 200m butterfly but ended 8th.

Comments
Topics mentioned in this article
CWG 2018 All Sports Live Blogs
Get the latest updates on IPL 2020, check out the IPL Schedule for 2020 and Indian Premier League (IPL) Cricket live score . Like us on Facebook or follow us on Twitter for more sports updates. You can also download the NDTV Cricket app for Android or iOS.