Virat Kohli Sweats It Out In The Adelaide Nets Ahead Of Second ODI. Watch

Images of Virat Kohli and MS Dhoni were also posted by the BCCI on Twitter on Monday. 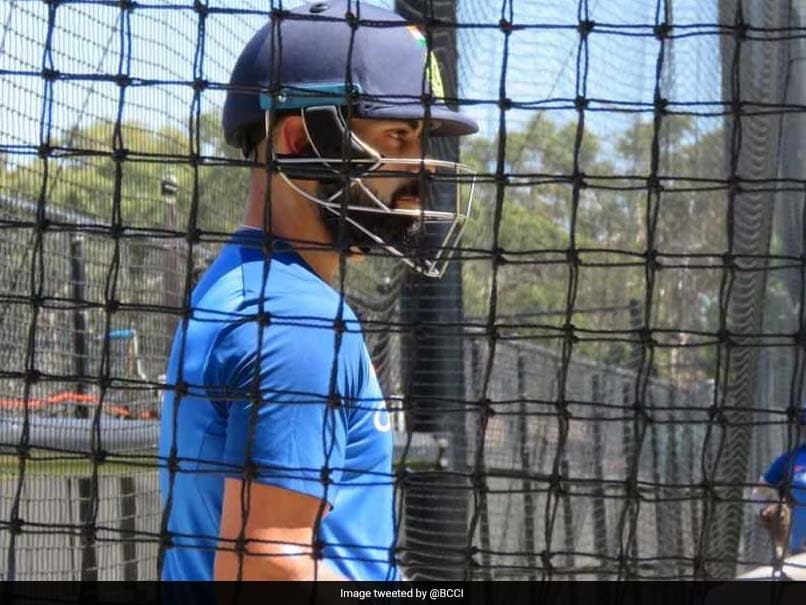 The second One-day International between India and Australia will be played in Adelaide on Tuesday.© Twitter

Virat Kohli is eager to win the second ODI in Adelaide after India lost the first one in Sydney. More so as fans after demanded an improved show by the Indian team after Virat took to social media to post images with his wife Anushka Sharma. As the second ODI inches closer, the BCCI posted a video of the Indian captain knocking a few deliveries at the nets in Adelaide. The video was captioned, "Captain @imVkohli warming-up in the Adelaide nets ahead of the 2nd ODI against Australia."

Captain @imVkohli warming-up in the Adelaide nets ahead of the 2nd ODI against Australia#AUSvIND pic.twitter.com/JCIYxSdoIb

With Dhoni's return strengthening the Indian set-up, Kohli will be all-the-more eager to go full throttle at Australia. India lost the first ODI in Sydney despite Rohit Sharma's sensational 133-run knock. The images of Team India's practice session were also posted on the Board of Control for Cricket in India's (BCCI) Twitter handle. BCCI wrote, "A very warm and sunny welcome here at Adelaide as #TeamIndia sweat it out in the nets ahead of the 2nd ODI."

A very warm and sunny welcome here at Adelaide as #TeamIndia sweat it out in the nets ahead of the 2nd ODI.#AUSvIND pic.twitter.com/4OkUI3Nk8A

Under the captaincy of Aaron Finch, Australia won the first ODI by 34 runs to take a 1-0 lead in the series, which is being seen as a platform to prepare for the forthcoming ICC World Cup. While Rohit Sharma scored 133 runs off 129 balls, wicketkeeper-batsman MS Dhoni impressed with a 96-ball 51. No other Indian batsman managed to contribute much with the willow. Jhye Richardson claimed four wickets, while Jason Behrendorff and Marcus Stoinis took two wickets each as Australia restricted India to 254/9 in their allotted 50 overs.

Adelaide Oval, Adelaide
Get the latest updates on ICC T20 Worldcup 2022, check out the Schedule and Live Score. Like us on Facebook or follow us on Twitter for more sports updates. You can also download the NDTV Cricket app for Android or iOS.