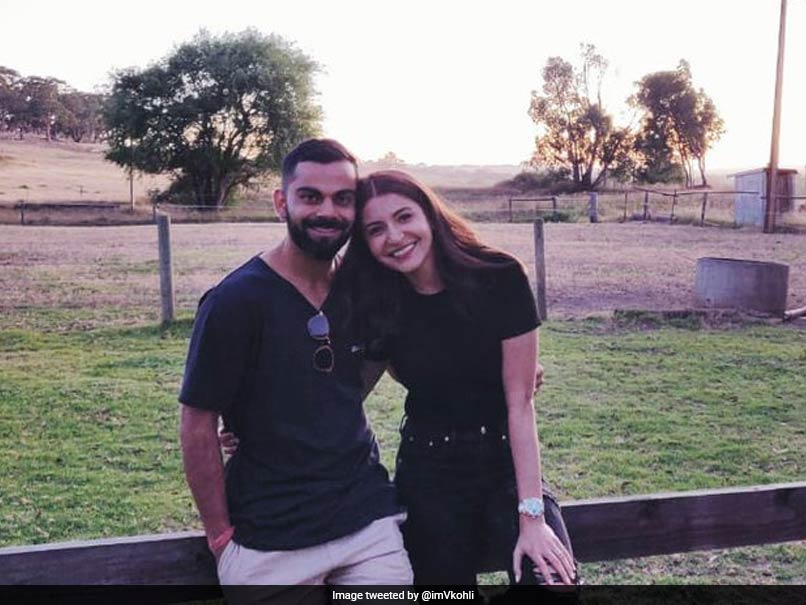 Virat Kohli, after India's first One-Day International (ODI) loss against Australia in Sydney, was seen spending some quality time with wife Anushka Sharma. The 30-year-old Indian skipper took to Twitter to share a picture with Anushka Sharma, in which the powercouple can be seen in all-smiles at a countryside location. Virat Kohli captioned the picture with a heart emoticon. However, the tweet did not go well among some of his fans, who asked Kohli to focus on cricket and make sure that India win the second ODI in Adelaide.

You aren't practicing for next ODI

Apart from India's first ODI loss, Kohli's form also upset the fans as he scored only three runs in the match. During the Sydney Test also Kohli could manage to score only 23 runs.

India's loss in the first ODI came following their historic Test series victory against Australia Down Under. It was India's first win in Australia in 71 years and 11 attempts.

Kohli also the became the first Indian and Asian captain to win a Test series against Australia Down Under. During the historic moment, Anushka Sharma was present in Sydney and the couple was seen taking a 'victory walk' to make the occasion even more memorable.

India, who trail Australia 0-1 in the three-match series, will play the second ODI in Adelaide on Tuesday while the third and final match will be played at the Melbourne Cricket Ground on Friday.