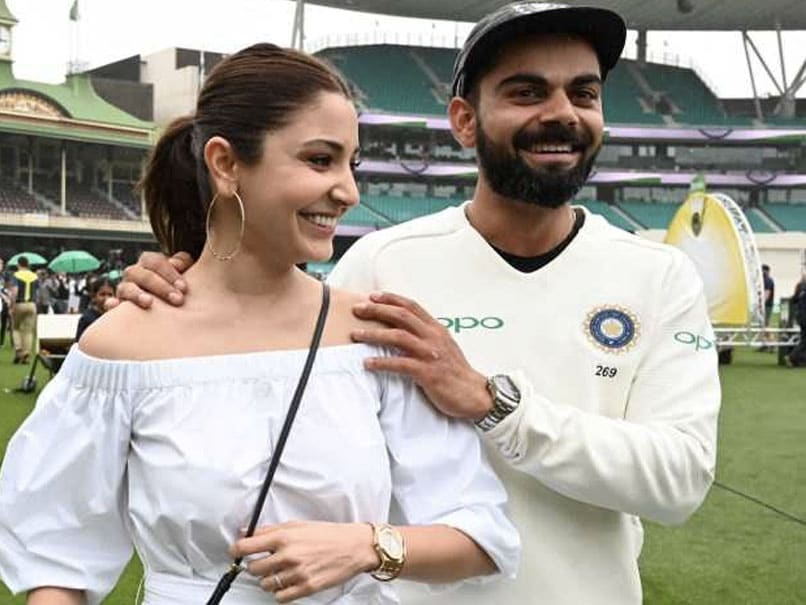 Virat Kohli led the number one-ranked Indian Test team to a 2-1 series win against Australia, their first-ever Test series triumph Down Under, as the fourth and final Test concluded in a draw at the Sydney Cricket Ground (SCG) on Monday. Even though the final day of the fourth Test washed out due to persistent rain and fans missed Virat Kohli's roaring celebration on the field, Virat Kohli delighted the crowd with an overjoyed celebration with his wife Anushka Sharma.

The Indian skipper was on cloud number nine after his team's historic win and delivered an inspirational address at the post-match presentation.

Terming the Test series win in Australia his "biggest achievement" in the career so far, Kohli rated it above India's World Cup win in 2011.

"By far this is my best achievement. Has to be on top of the pile. When we won the World Cup, I was a young player. I saw the others getting emotional. This series will give us a different identity as a team. What we've been able to achieve is something to be really proud of," Kohli said.

This is India's first win in Australia in 71 years and 11 attempts. Kohli led India from the front, scoring 282 runs in the four-match series with a century in Perth.

They came. They conquered !! History written and created by this bunch !! Huge congratulations to all players, coaching unit and support staff ; it takes undying perseverance & solid conviction to focus on what's important and shut out the rest . So so happy and proud of you my love @virat.kohli

While the Indian captain hit the hundred on a tough Perth wicket, Test specialist Cheteshwar Pujara batted consistently throughout the series. He accumulated 521, the most number of runs in the series, with three centuries in Adelaide, Melbourne and Sydney. Having scored a remarkable 193 in Sydney, Pujara was bestowed with the Man Of The Match and Man Of The Series Award in the end.

Cheteshwar Pujara
Get the latest updates on IPL 2021, check out the IPL 2021 Schedule and Indian Premier League Live Score . Like us on Facebook or follow us on Twitter for more sports updates. You can also download the NDTV Cricket app for Android or iOS.